A detail of ancient archaeology in the British Museum: An Assyrian Court scene, of about 865-86-BC from the ancient city of Nimrud. King Ashurnasirpal is enthroned between attendants with the group flanked by a pair of winged protective spirits. Neo-Aramaic writing can be seen at the bottom of this scene depicting the royal ceremony. Assyrian kings competed to outdo each other with carved reliefs on interior walls. This tradition began with King Ashurnasirpal II (reigned 883-859BC) at Nimrud. Nimrud is the later Arab name for the ancient Assyrian city originally known as Kalhu, located 30 kilometres (20 mi) south of the city of Mosul, and 5 kilometres (3 mi) south of the village of Selamiyah in the Nineveh plains in northern Mesopotamia. 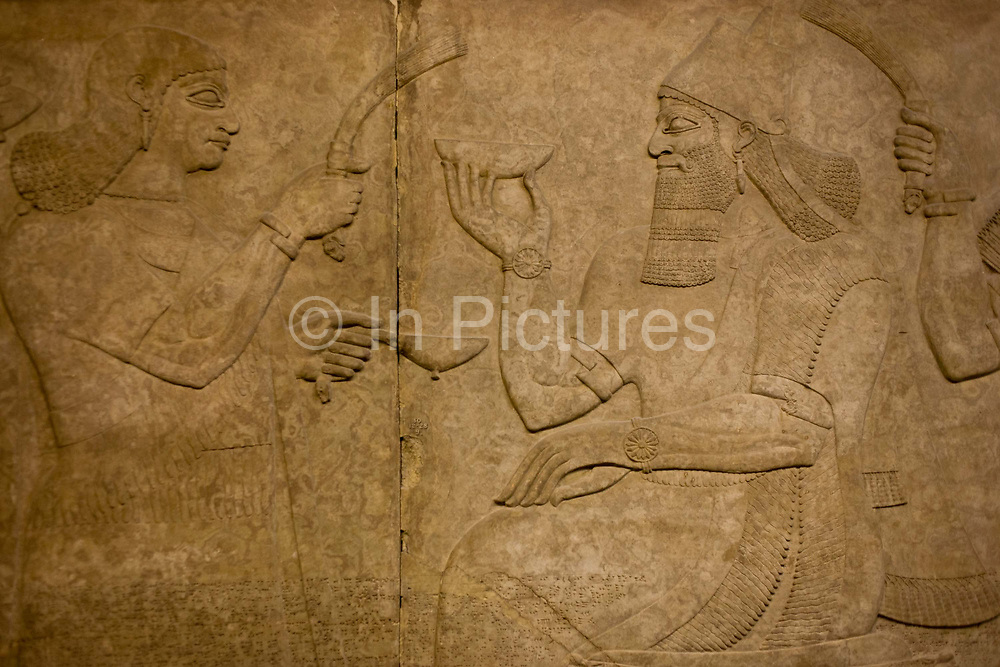