A Nepali lady sits on corrugated iron alongside a giant satellite dish on the roof of her home' in a suburb of Kathmandu, Nepal. We see the sunny street below in the background and other rooftops of scattered aerials, roughly-made brick walls. She has hung her colourful (colorful) clothes washing out to dry on a line and on the structure's bowl-like shape that points towards space and signals from the outside world. It was designed to receive television signals from Nepal's main TV station is Nepal Television (NTV) whose programmes are mostly serials from Pakistan and Hindi films. Nepalis however, search the wider-world for their news digest and western culture, especially during governmental crackdown and censorship during the democracy protest disturbances of 2006. King Gyanendra imposed severe media restrictions after assuming direct control of the country the previous year. The scene is of new technology in the backdrop of a poor, third world country who freedoms of expression and experience of western democracy has been tested in recent years. 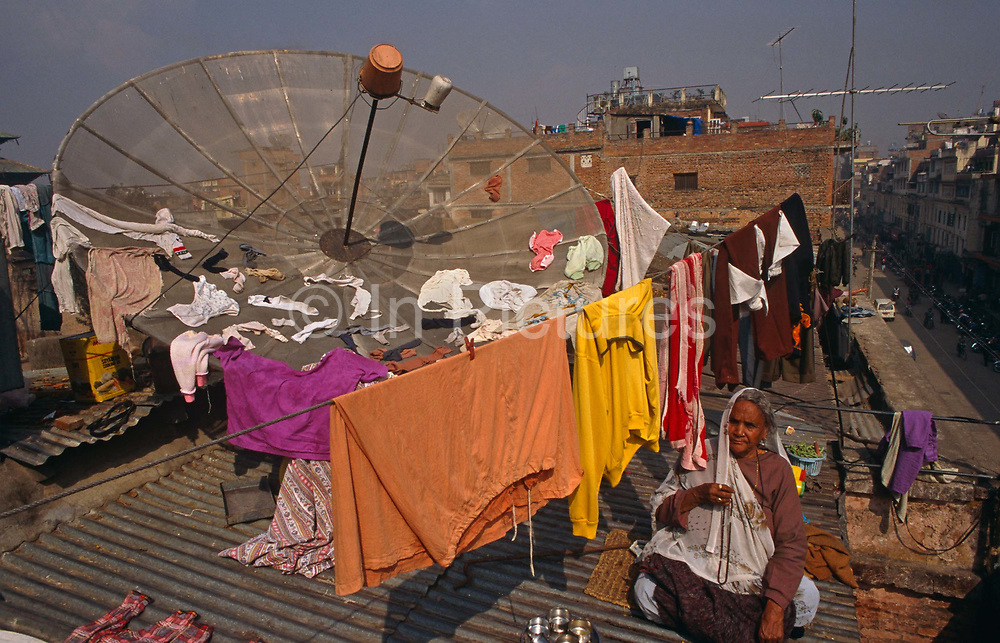