A schoolboy reads verses from the Koran in front of his religious teacher in a classroom at the Islamic Koom al-Bourit Institute for Boys in the village of Qum (Koom), on the West Bank of Luxor, Nile Valley, Egypt. Islam in Egypt is the dominant religion in a country with around 80 million Muslims, comprising 94.7% of the population, as of 2010. Almost the entirety of Egypt's Muslims are Sunnis, with a small minority of Shia and Ahmadi Muslims. The latter, however, are not recognised by Egypt. 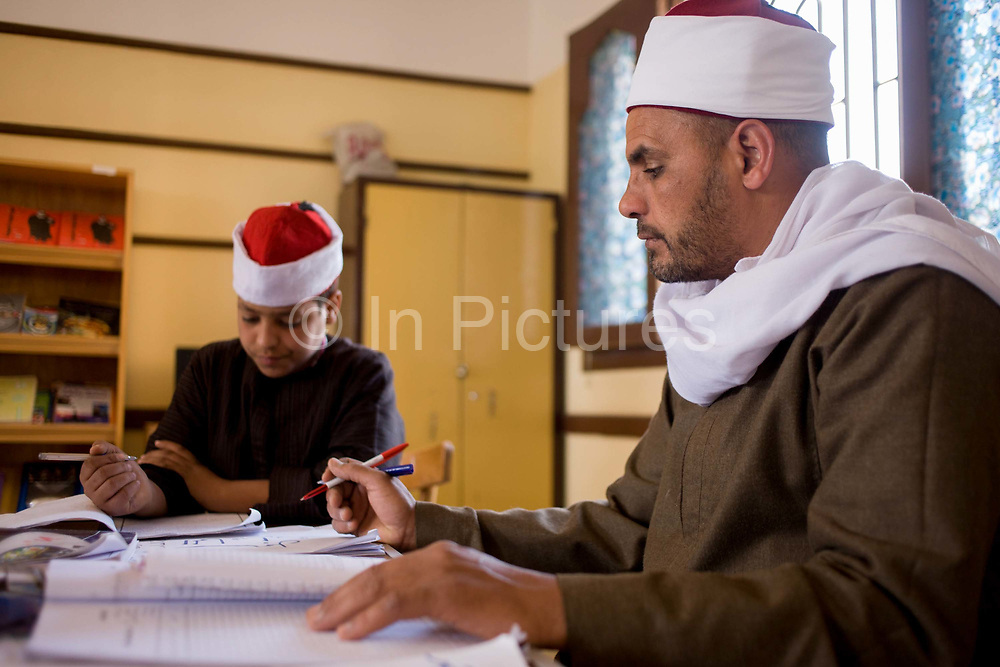