A modern-day Metro Bank offices with the backdrop of a vintage street scene, plus contemporary traffic in reflected city. Two businessmen sit in their bank office that is seen from the street, one is speaking the phone while his colleague shows interest outside the frame. In the background is a street scene of a bygone era, with carts and some kind of wheeled tram that has an upper-deck. Incongruously the modern world is shown with today's society walking the same London streets and a ubiquitous white van. Metro Bank is Britain’s first new High Street bank in over 100 years. 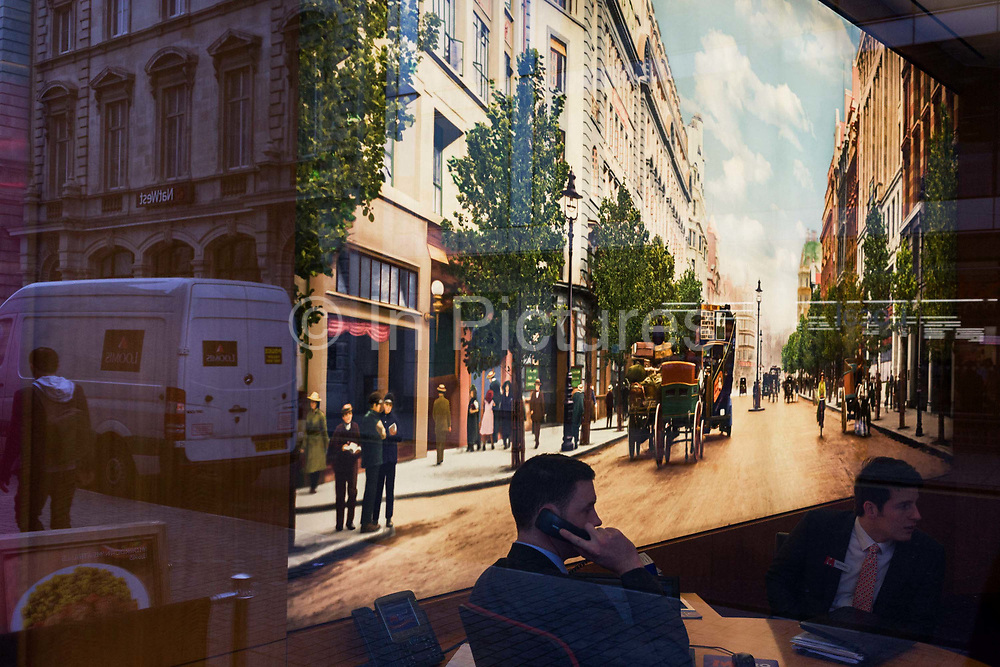