Screaming Lord Sutch holds up a megaphone to the gates of Downing Street in the run-up to the 1992 elections, on 11th March, in London UK. David Edward Sutch 10 November 1940 – 16 June 1999, also known as 3rd Earl of Harrow, or simply Screaming Lord Sutch, was an English musician. He was the founder of the Official Monster Raving Loony Party and served as its leader from 1983 to 1999, during which time he stood in numerous parliamentary elections. He holds the record for losing more than 40 elections in which he stood. Suffering from depression he committed suicide 1999. 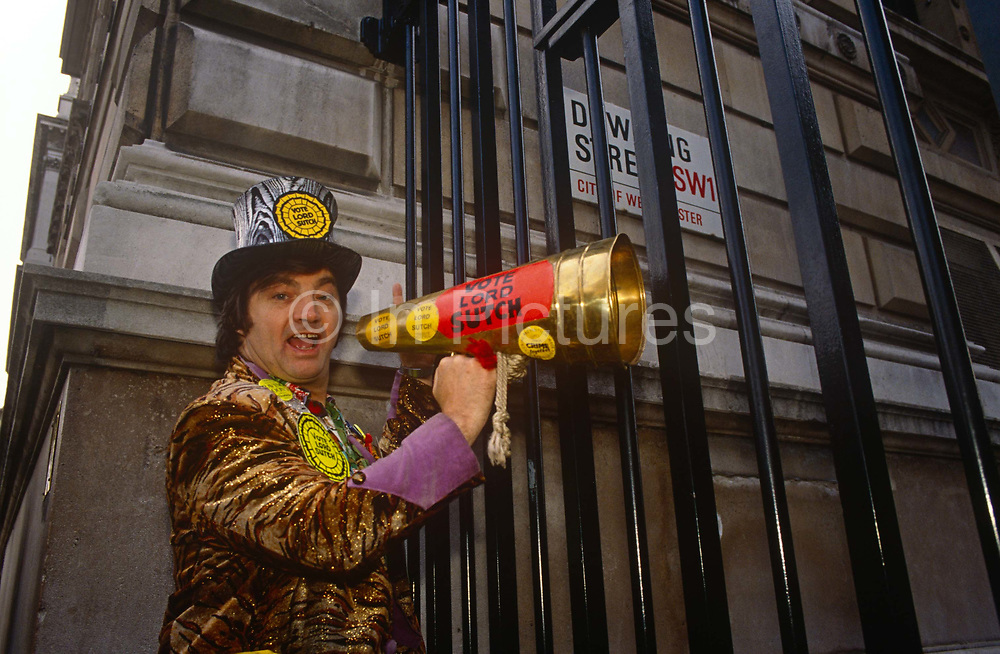