An elderly gentleman wearing a traditional bowler hat and carrying an umbrella, pauses to read the headlines in the London Evening Standard newspaper, before making his way home from Bank Triangle, outside the Bank of England. He is one of the last examples of a bygone age, when many in London's financial district wore such work clothes - a way of typifying a cretain breed of Englishness and class system, known all over, and still expected, around the world. Sadly, gents like this are very rare after modern fashions, lower standards and changed attitudes in the workplace meant that younger men no longer wanted to wear a stuffy outfit to work. The days of the bowler are fast disappearing. 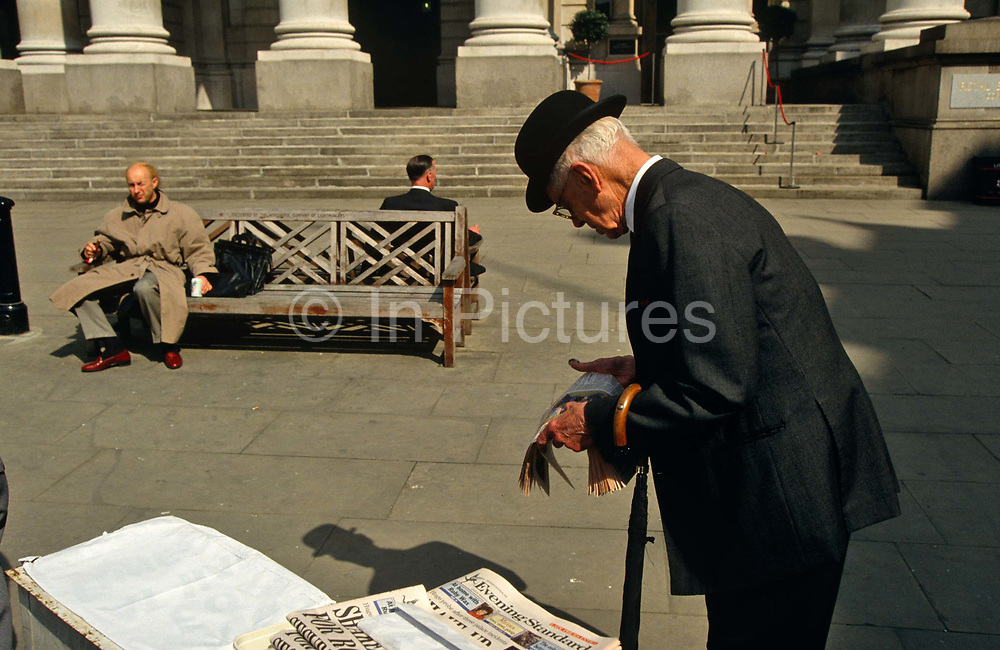