An entire rank of Grenadier Guardsmen musicians are playing clarinets as part of the Queen's Golden Jubilee celebrations, one event in a series to mark her 50th year on the throne. The soldiers have formed a marching band guard that is making its way along the Mall, that broad avenue from Buckingham Palace. Focus is on one guardsman whose bearskin is slightly higher than his of his comrades. Their music sheets are pinned on specially adapted stands on the ends on their instruments making the job of marching in absolutely straight, regimented lines the more easier. The Grenadier Guards (GREN GDS) is the most senior regiment of the Guards Division of the British Army, and, as such, is the most senior regiment of infantry. The Grenadier Guards celebrated its 350th anniversary in 2006. 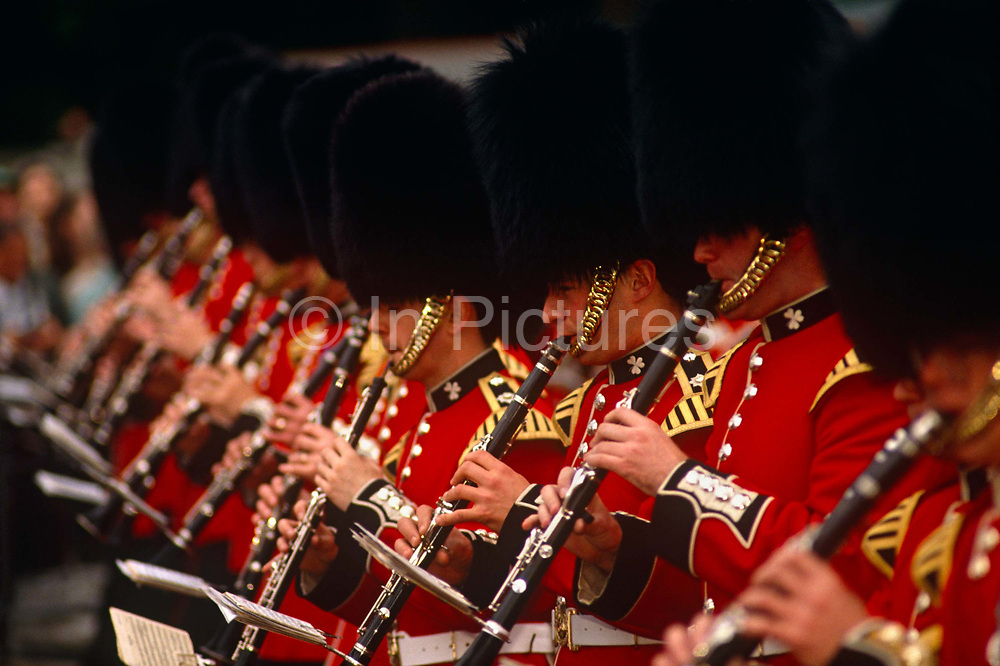