Detail of brick wall with Hampstead Grove NW3 road sign. Hampstead Grove is a street in London's Hampstead, District Camden with exclusive houses of great character, whose occupants have traditionally been of social and creative eminence. It runs between Lower Terrace to the north and Holly Hill in the south. In addition, Hampstead Grove meets the following streets: Upper Terrace to the north, Admiral's Walk in the middle and Windmill Hill in the south. The northern section of the road is flanked by green spaces. This area is called the Old Village Green. Here, by the year 1700, the parliamentary elections were Middlesex held. The green area was later used as a playing field for cricket used. 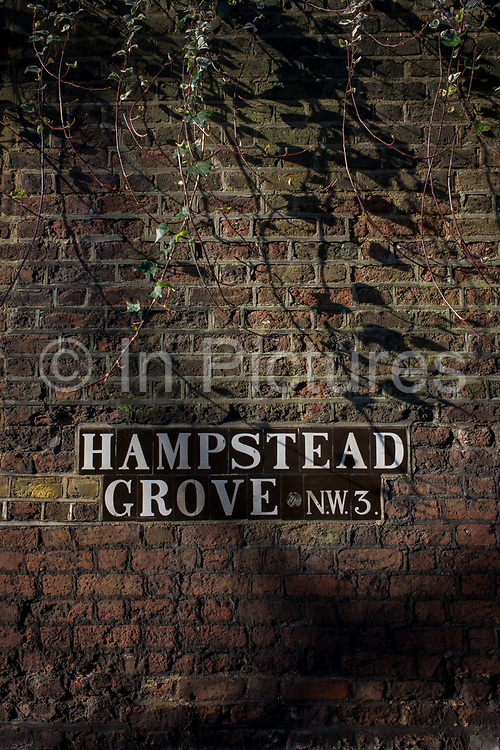