Musician and instrument maker Jose Otaiza, 43 in front of his ancestral homes entrance, 20 Kms outside Villarica town. José grew up in the poorist neighbourhood on the outskirts of Santiago. Hes a mestizo, mother being a Mapuche, father is a white Chilean. José quit schooling at an early age, to dedicate himself to music and became a street musician. He then joined a group and began touring, particularly in Argentina. He then followed his ambition and traveled across Latin America, mainly Peru, Bolivia and Ecuador to further his knowledge of Indigenous musical expressions. Following on he traveled to Europe, principally Germany for several years before returning to reconnect with his Mapuche heritage which he strongly missed. Seen here with wooden stakes which in Mapuche culture have religious and mystical dimensions. Loncoche, Chile, February 9, 2018. 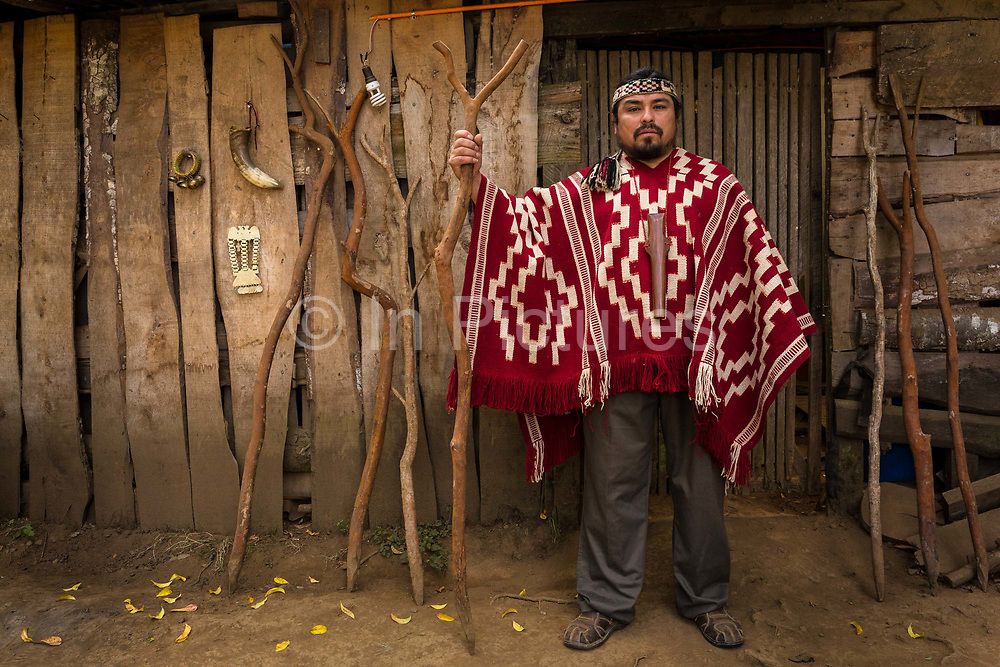