In the mid-day heat, all members of the elite 'Red Arrows', Britain's prestigious Royal Air Force aerobatic team, stand at ease and we see the back of one of the squadron's official photographers head, looking into the viewfinder of his camera to record an official photograph immediately on PDA Day at RAF Akrotiri, Cyprus. PDA (or 'Public Display Authority'), is when they are allowed by senior RAF officers to perform as a military aerobatic show in front of the public - following a special test flight when their every move and mistake is assessed and graded. Until that day arrives, their training and practicing is done in the privacy of their own airfield at RAF Scampton in Lincolnshire, UK or here in the glare of Akrotiri. The pilots are called reds and their ground crew, the Blues after their summer air show uniforms. 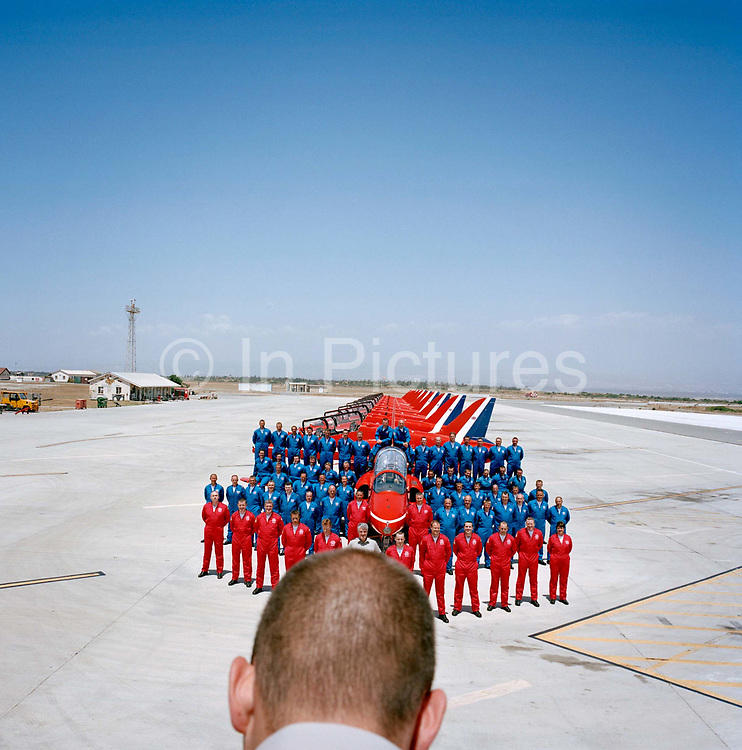