Women MPs from the Labour Party gather outside the Houses of Parliament to celebrate the 100th anniversary of the Suffragette movement and women's right to vote on 6th February 2018 in London, England, United Kingdom. Today marks 100 years since the Representation of the People Act was passed, granting women the right to vote for the first time. In the UK in the early 20th century the suffragettes initiated a campaign of demonstrations and militant action, under the leadership of the Pankhursts, after the repeated defeat of women's suffrage bills in Parliament. In 1918 they won the vote for women over the age of 30, and ten years later were given full equality with men in voting rights. 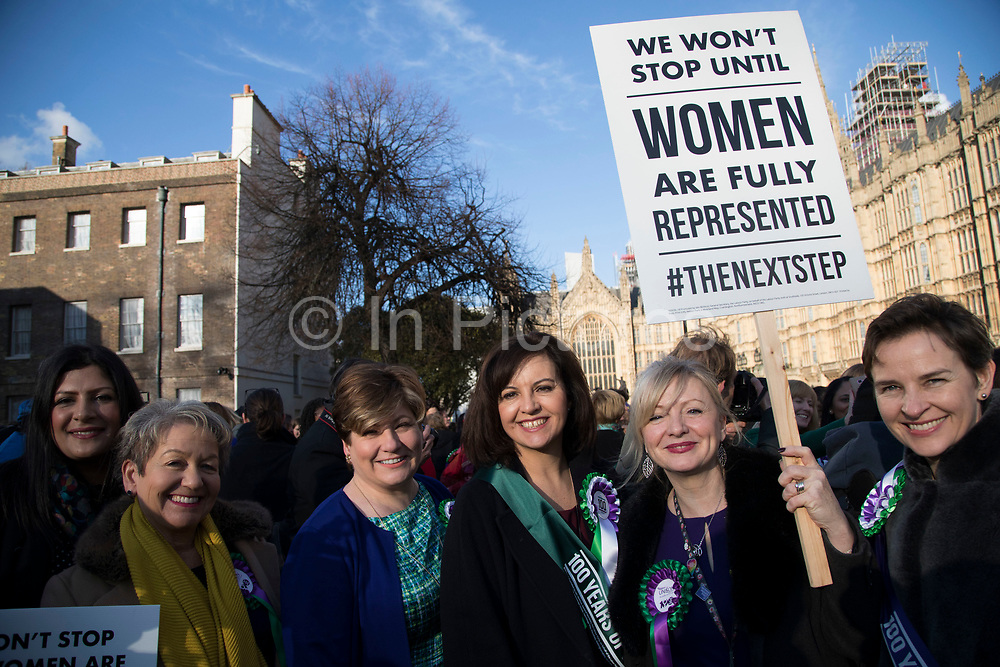