Joe Rukin of Stop HS2 is interviewed in Parliament Square before a rally by activists from HS2 Rebellion, an umbrella campaign group comprising longstanding campaigners against the HS2 high-speed rail link as well as Extinction Rebellion activists, on 4 September 2020 in London, United Kingdom. The rally, and a later protest action at the Department of Transport during which activists glued themselves to the doors and pavement outside and sprayed fake blood around the entrance, coincided with an announcement by HS2 Ltd that construction of the controversial £106bn high-speed rail link will now commence. 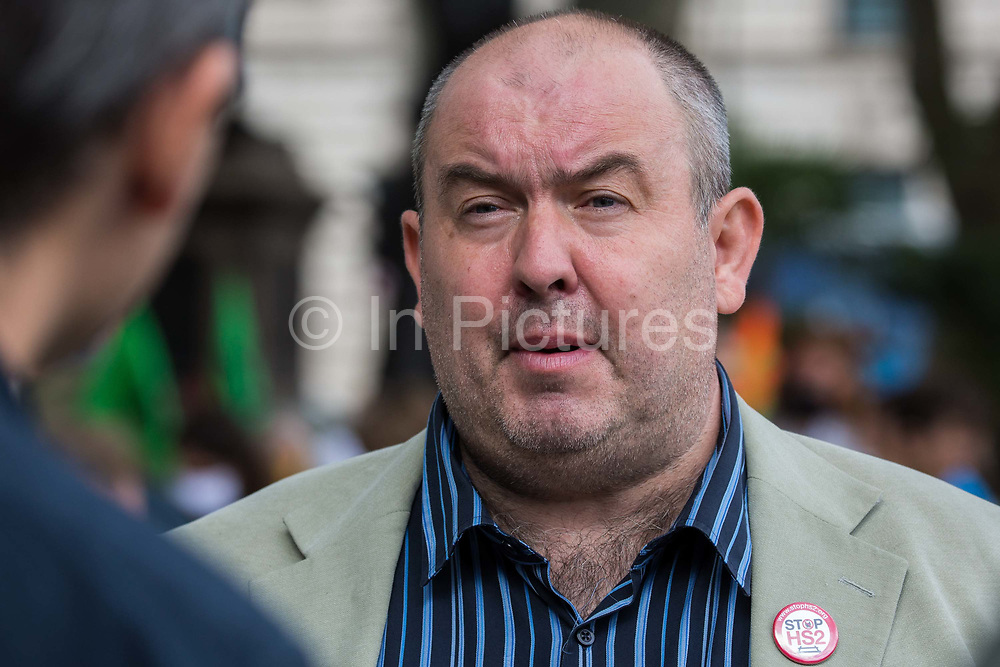