A young boy looks carefully at the many saucy postcards on sale outside a seaside shop, on 19th July 1993, in Scarborough, North Yorkshire, England. Telling jokes to send back to friends and family, they using cartoon characters of buxom women, hen-pecked husbands or sexually-frustrated young men, the humour is bawdy and cheeky - the epitome of seaside holiday kitsch. The best-known saucy seaside postcards were created by Bamforths founded 1870 and despite the decline in popularity of postcards that are overtly tacky, postcards continue to be a significant economic and cultural aspect of British seaside tourism. In the 1950s, Bamforth postcards were among the most popular of the 18 million items purchased at British resorts. 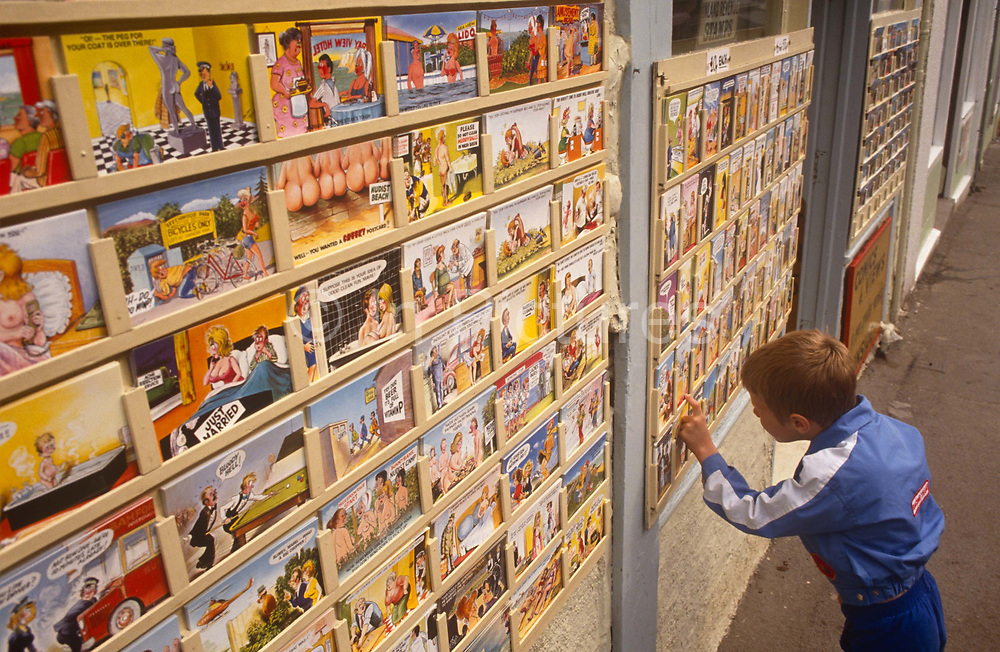