A competitor in the annual Birdman of Bognor event attempts to fly at Bognor Regis, East Sussex, England. English eccentrics gather annually at the southern seaside town to jump from the pier into the chilly waters of the English Channel. Fun jumpers ‘wearing’ their aeroplane suits compete for a £25,000 prize for the one to fly 100 metres from the pier platform – a record not yet achieved. Entrants (who often jump for charity rather than any aeronautical pretensions) include sugar plum fairies, condoms, Ninja Turtles and vampires. The winner was a hang-glider pilot reaching 26 metres but here, a Spitfire sponsored by a milk company drops vertically. Picture from the 'Plane Pictures' project, a celebration of aviation aesthetics and flying culture, 100 years after the Wright brothers first 12 seconds/120 feet powered flight at Kitty Hawk,1903. 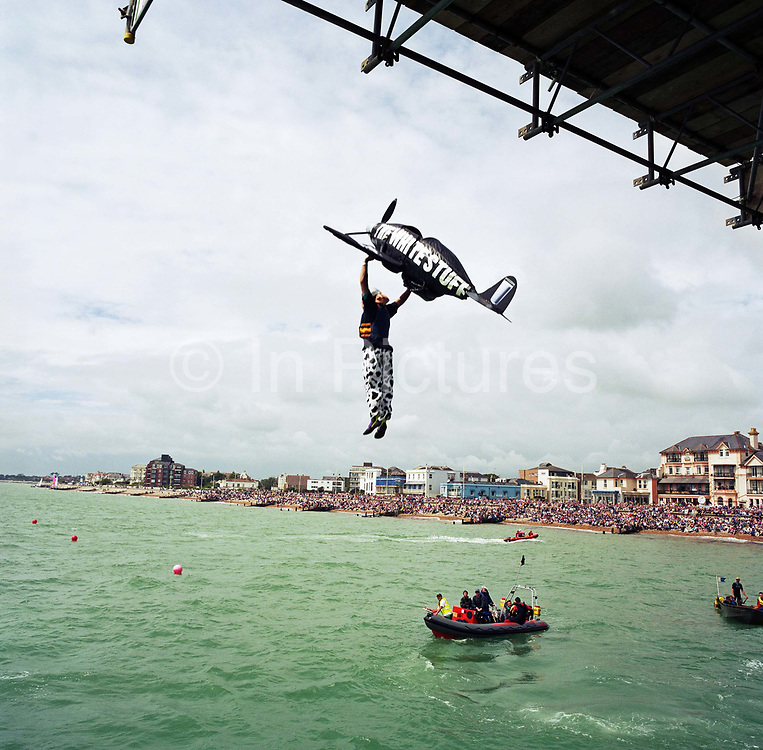