View of The Theatre of Dionysus is a major open-air theatre and one of the earliest preserved in Athens. It was used for festivals in honor of the god Dionysus. It is commonly confused with the later and better-preserved Odeon of Herodes Atticus, located at the southwest slope of the Acropolis. In 534 BCE, the tyrant Peisistratus transferred the City Dionysia festival from the rural district of Eleutherae. The plays that formed a part of these festivals were at first performed on a flat circular area in the Agora of Athens, but were transferred around 500 BCE to the Theatre, located on the sloping southern side of the Acropolis, nearby a temple to Dionysus Athens is the capital and largest city of Greece. It dominates the Attica periphery and is one of the world's oldest cities, as its recorded history spans around 3,400 years. Classical Athens was a powerful city-state. A centre for the arts, learning and philosophy. 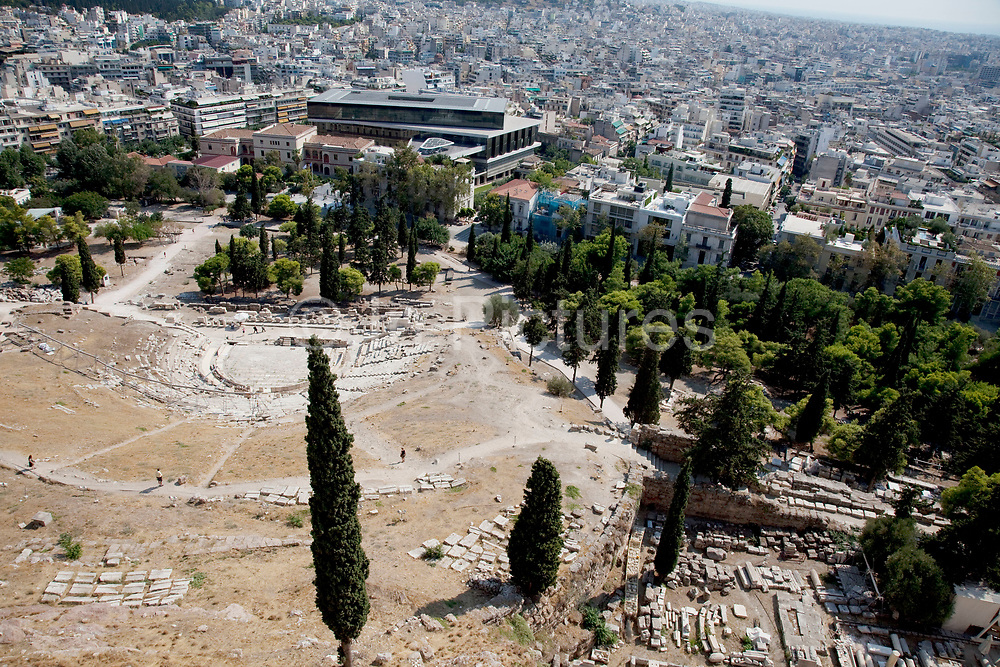