Young member of the McCarthy family plays on a gas canniester by a burned out building at Dale Farm site prior to eviction. Riot police and bailiffs were present on 20th October 2011, as the site was cleared of the last protesters chained to barricades. Dale Farm is part of a Romany Gypsy and Irish Traveller site in Crays Hill, Essex, UK. 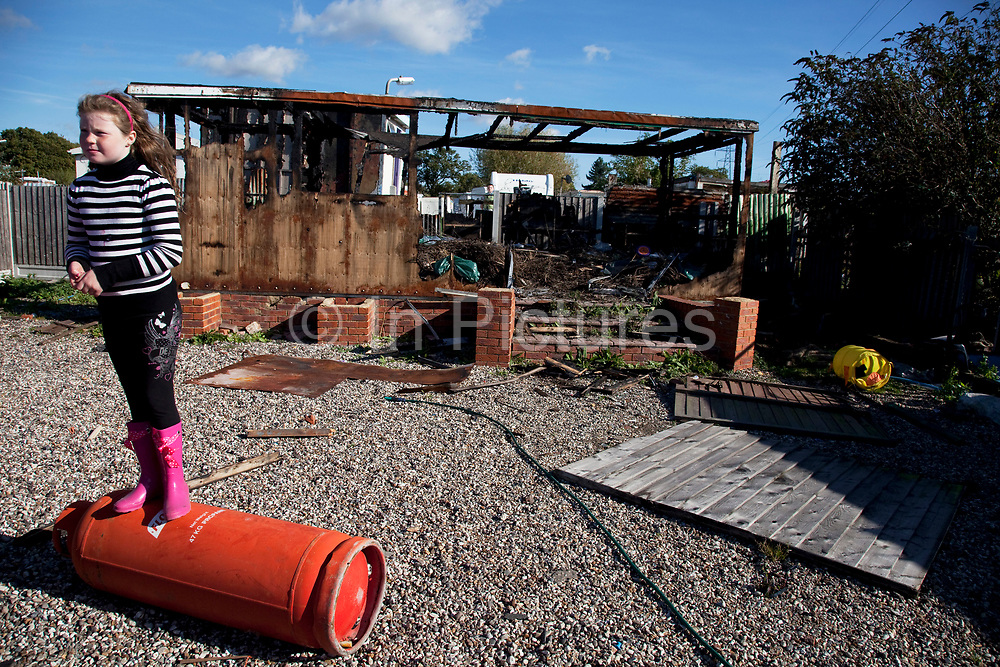