Mother and daughter outside Louis Vuitton. Exclusive shops on New Bond Street, Mayfair, central London. It is one of the principal streets in the West End shopping district and is more upmarket. It has been a fashionable shopping street since the 18th century. Technically "Bond Street" does not exist: The southern section is known as Old Bond Street, and the northern section, which is rather more than half the total length, is known as New Bond Street. The rich and wealthy shop here mostly for high end fashion and jewellery. 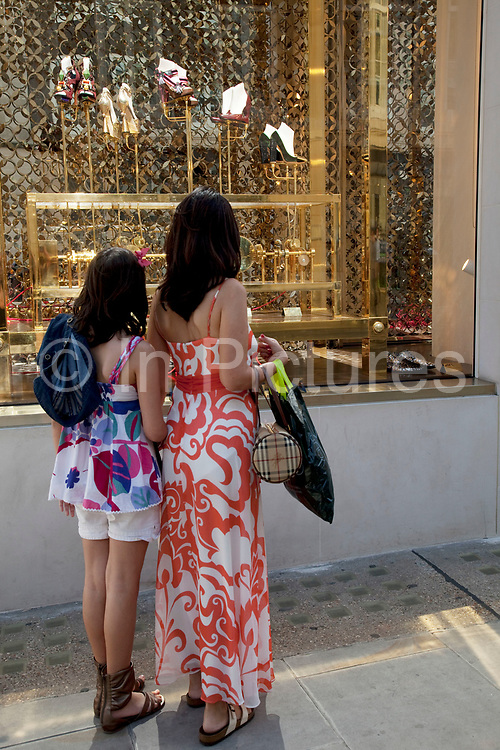