Tram lines or tracks for the Midland Metro tram public transport system at Snow Hill in the city centre on 18th January 2020 in Birmingham, United Kingdom. The Midland Metro is a light-rail tram line in the county of West Midlands, England, operating between the cities of Birmingham and Wolverhampton via the towns of West Bromwich and Wednesbury. The line operates on streets in urban areas, and reopened conventional rail tracks that link the towns and cities. The owners are Transport for West Midlands with operation by National Express Midland Metro, a subsidiary of National Express. TfWM itself will operate the service from October 2018. 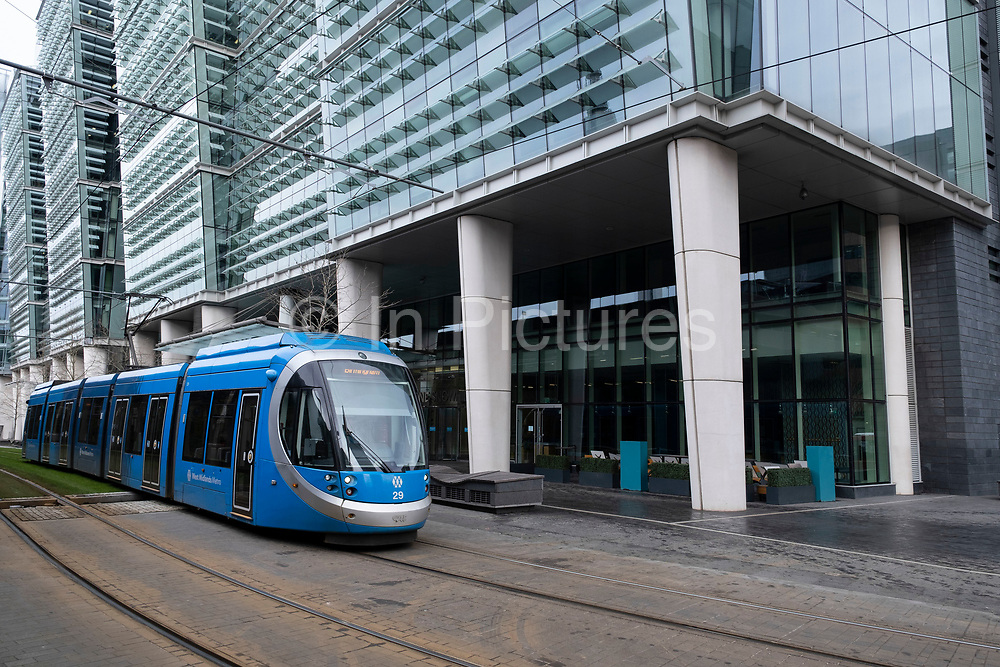