The Fire Garden, a performance delivered by the French performance group Carabosse, commisioned by Totally Thames, was an illuminating, artistic tribute, delivered on a monumental scale, to Battersea Power Station before it is closed for redevelopment. This was fire alchemy at its very best: the smell of wax, the hiss of steam, and the heat and glow of the multiple fires acknowledging and celebrating this iconic site's gritty, smoke belching, industrial past. Globes of fire and thousands of points of flickering flame illuminate the Power Station as musicians play a mix of old style Parisian music with moody improvised sounds. Battersea Power Station is a decommissioned (1983) coal-fired power station located on the south bank of the River Thames, in Battersea, an inner-city district of South West London. It comprises two individual power stations, built in two stages in the form of a single building. 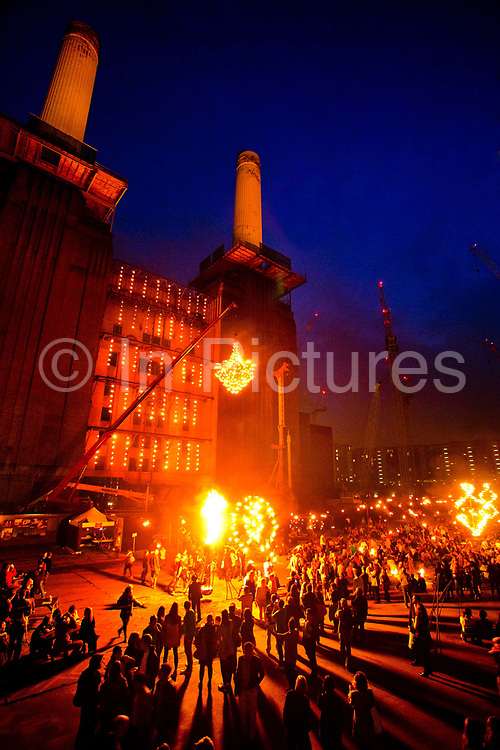