The royal rowbarge Gloriana is rowed on the River Thames on the occasion of celebrating the Queen's record of years as monarch. Passing beneath Westminster Bridge, the vessel is powered by members of its crew, the centrepiece of the flotilla of other boats and river-borne craft. Gloriana is a 94-foot-long (29 m) rowing barge. She is powered by 18 oarsmen and 2 electric inboard engines, and can carry an additional 34 passengers and crew. According to Lord Sterling, the design is inspired by Canaletto's London paintings of 18th-century barges. She was privately commissioned as a tribute to Queen Elizabeth II for her Diamond Jubilee, and was the lead vessel in the Thames Diamond Jubilee Pageant, a parade in 2012 of 670 boats on the Tideway of the River Thames. 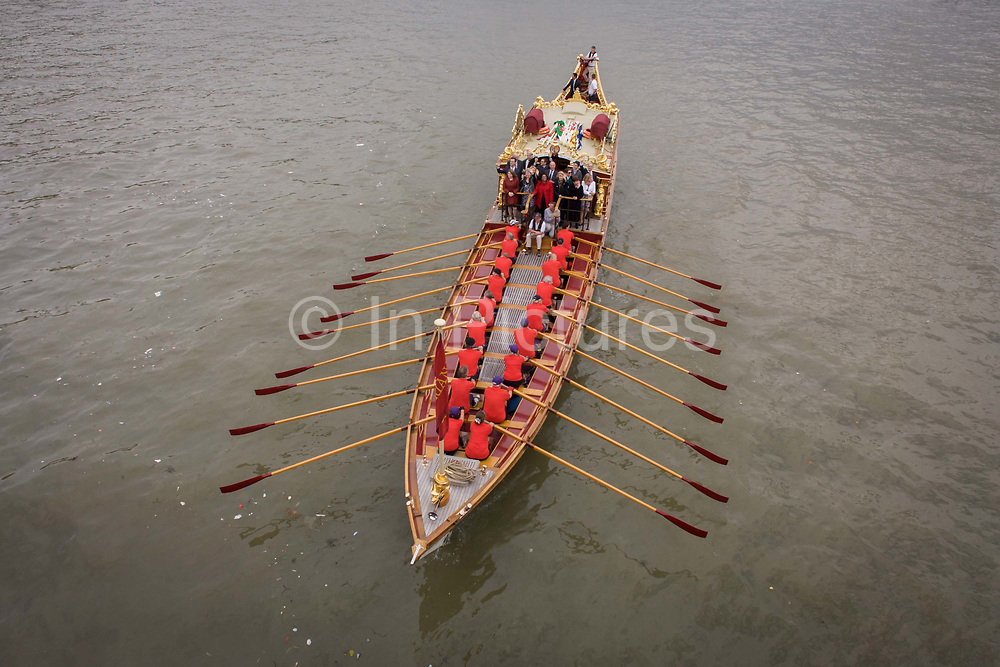