Tourists at Qianmen (literally "Front Gate") is a gate in Beijing's historic city wall. The gate is situated to the south of Tiananmen Square and once guarded the southern entry into the Inner City. Although much of Beijing's city walls were demolished, Qianmen remains an important geographical marker of the city. The city's central north-south axis passes through Zhengyangmen's main gate. It was formerly named Lizhengmen meaning "beautiful portal". Zhengyangmen was first built in 1419 during the Ming Dynasty and once consisted of the gatehouse proper and an archery tower. 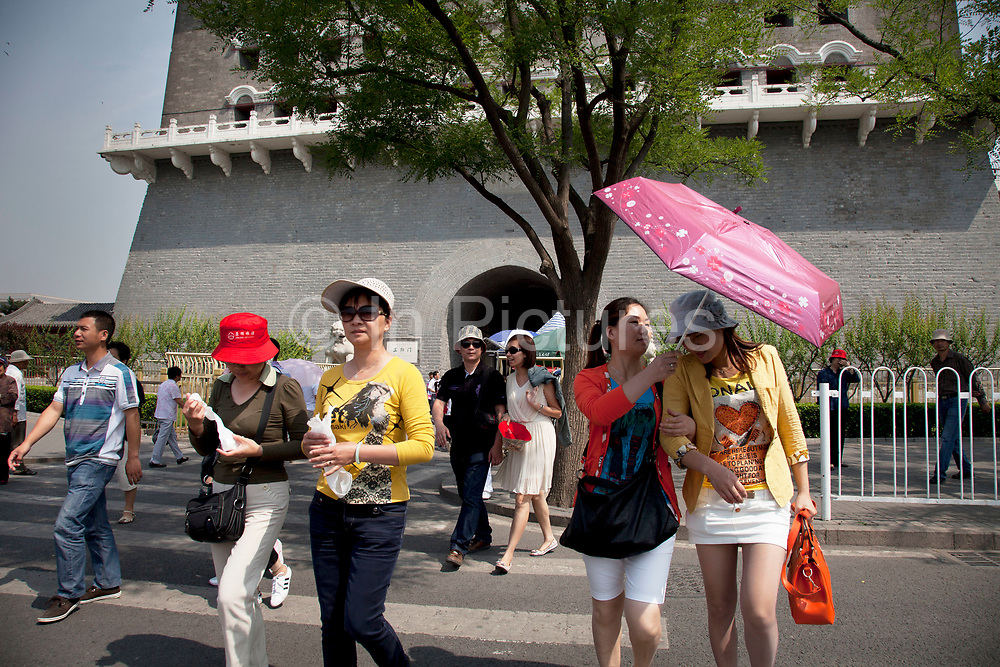