Sitting in chair outside his house in the East End of London, a young football fan waits for his painted face to dry. In the colours his favourite Tottenham Hotspur Football Club, he also wears a Union Jack cape. He sits with an outdoor party behind him in full swing that celebrates the 50th anniversary of VE (Victory in Europe) Day on 6th May 1995. In the week near the anniversary date of May 8, 1945, when the World War II Allies formally accepted the unconditional surrender of the armed forces of Germany and peace was announced to tumultuous crowds across European cities, the British still go out of their way to honour those sacrificed and the realisation that peace was once again achieved. Street parties now – as they did in 1945 – played a large part in the country’s patriotic well-being. 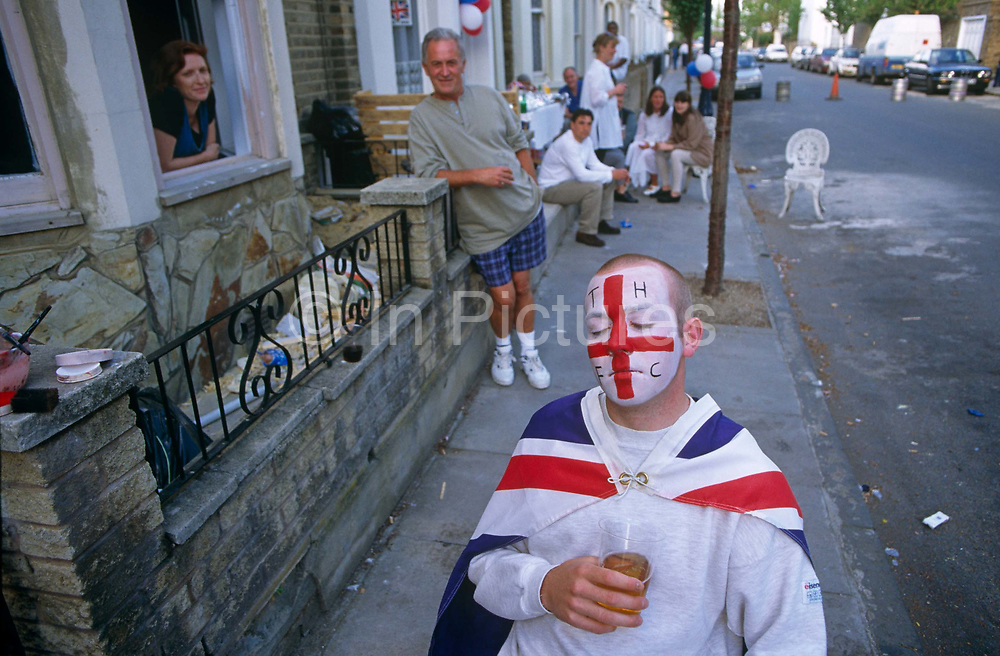