After walking all the way from Sunderland to London, the March to Leave walkers arrive to join thousands of Leave supporters gathered in Parliament Square to protest against the delay to Brexit, on the day the UK had been due to leave the EU on 29th March 2019 in London, United Kingdom. As parliament debated and voted inside the commons, rejecting the Withdrawal Agreement again, outside in Westminster various groups of demonstrators including the Yellow Jackets, Leave Means Leave supporters and the Democratic Football Lads Alliance, gathered to voice their wish to leave the European Union, and their frustration that Brexit is not being delivered, waving Union flags and Believe in Britain placards. 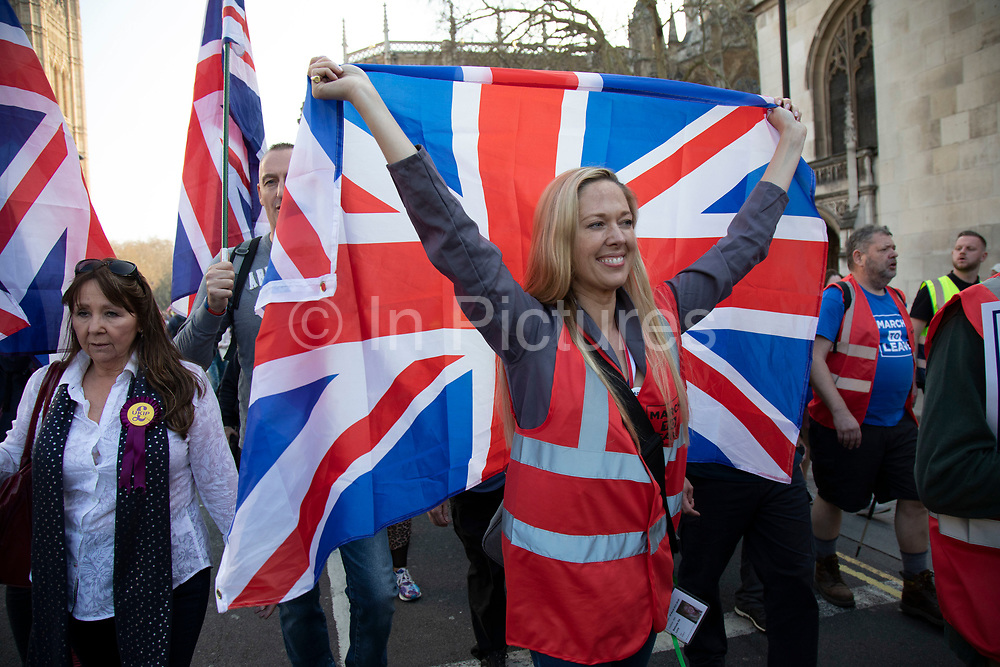