As a cyclist pedals his way along a path, a man enjoys late afternoon sunshine in Brockwell Park, Herne Hill, London England. Seen from a central hill in this Victorian-designed open space, there are the terraced housing and larger tenement buildings behind that rise above the tree line in this undulating landscape. The person on the bicycle has been caught between two tree trunks as he approaches the man relaxing on the park bench and another pedestrian is seen further in the distance walking near a red car. It is scene of serenity among the urban sprawl of a capital city, where quiet places are precious and idyllic corners of greenery are highly-sought after. The Brockwell Hall Park Estate was created and landscaped in 1811. It was purchased for the people of Lambeth & Southwark and opened as a public park in 1892 by Lord Rosebery. 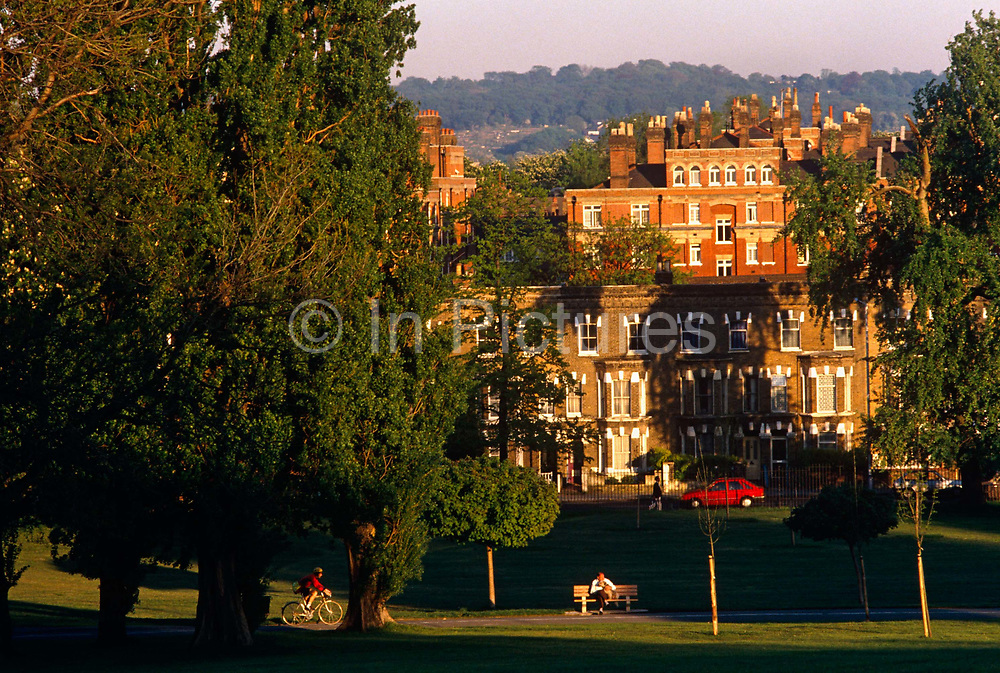