Mutoid waste, still alive and kicking after 25 years thanks to the continued stewardship of Joe Rush, have an apocalyptic vision, born from the chaos of rejected military and industrial scrap metal, laid foundation stones for rave, warehouse and festival culture and have brought inspiration to Glastonbury Festival for years.
Glastonbury is the world's biggest greenfield festival with nearly 200,000 visiters camping in the dairy farm of Michael Evis in Somerset, UK.
The first festival was in 1970 and was influenced by hippie ethics and the free festival movement. The festival retains vestiges of this tradition such as the Green Fields area which includes the Green Futures and Healing Field. 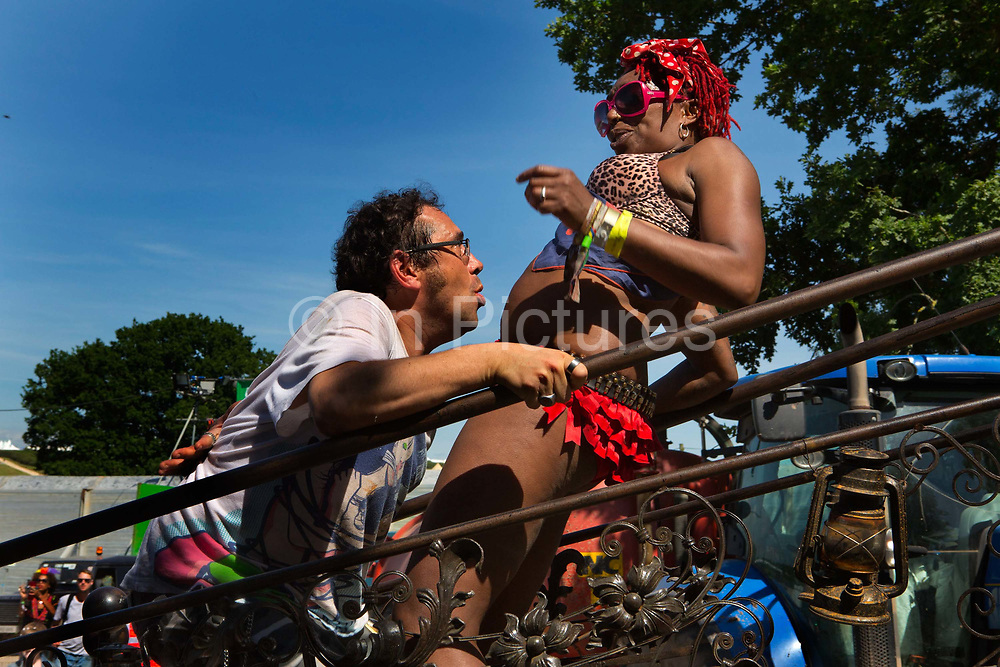