PETA supporters, including one wearing a costume depicting a beaker of water in which a mouse is struggling to stay afloat, protest outside Eli Lilly’s R&D centre to call on the US pharmaceutical company to ban the forced swim test on 29 October 2020 in Bracknell, United Kingdom. Animal rights charity PETA UK contends that the forced swim test during which small animals are dosed with an anti-depressant drug, placed in inescapable beakers filled with water and forced to swim to keep from drowning has been widely discredited and that other pharmaceutical companies including Johnson & Johnson, GlaxoSmithKline, Pfizer, Bayer, Roche and AstraZeneca have banned it. 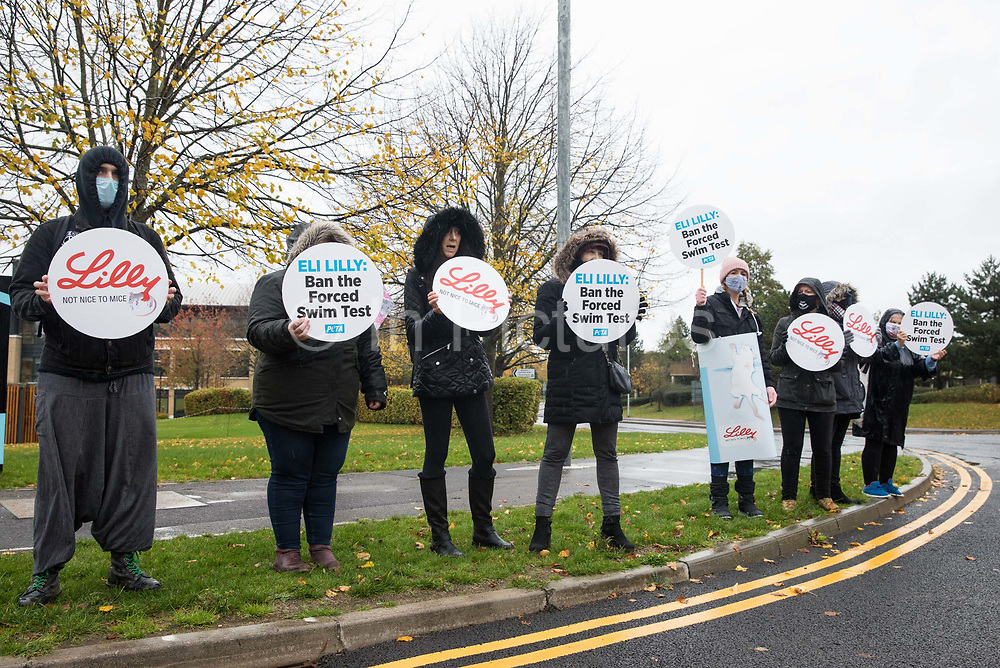