Tourists admire the Coronation of Napoleon in Coronation room of the King's apartments in the Palace of Versaille, near Paris. The painting (Le Sacre de Napoléon) is a work of almost 10 x 6 metres completed in 1807 by Jacques-Louis David, the official painter of Napoleon. The crowning and the coronation took place at Notre-Dame de Paris, a way for Napoleon to make it clear that he was a son of the Revolution. The Palace of Versailles or simply Versailles, is a royal château in Versailles in the Île-de-France region of France. In French it is the Château de Versailles. 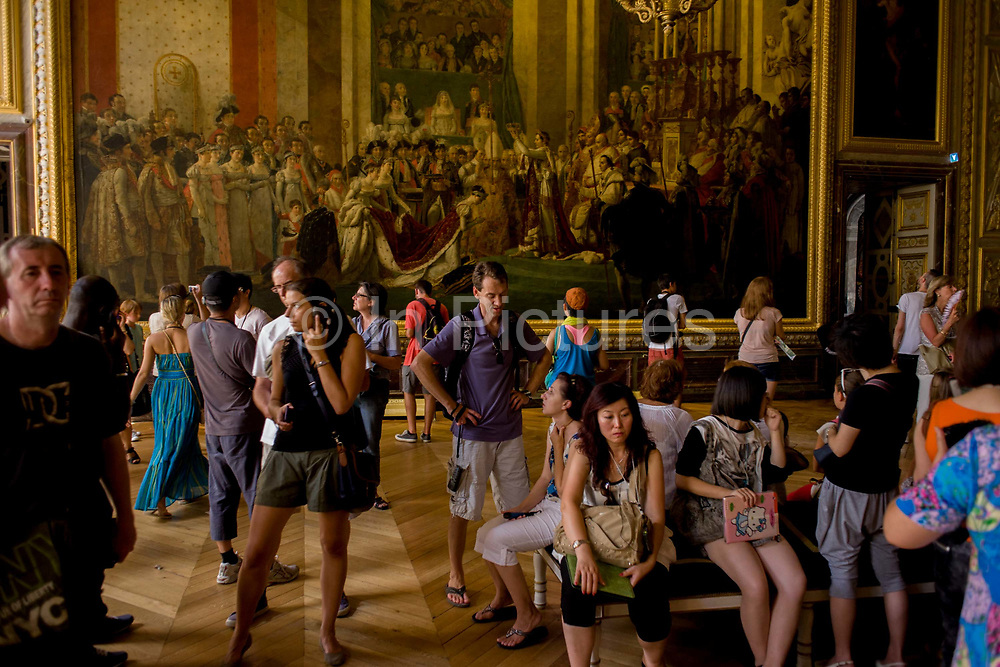