Ravers in Block 9, "Hovering in the shadows of an ancient industrial power facility, a towering concrete and glass structure lies dormant and overgrown. This is Genosys. Short for Generated Oxygen System, this epic, brutalist ‘tree’ was built to save the once poisoned planet. It nurtured and preserved plant life within its huge tanks and, as it drank in the excess atmospheric carbon, it poured out fresh oxygen. Lost and forgotten, Genosys has lain silent until now…"
An audiovisual hybrid that blurs the boundaries between art and music, Genosys celebrates the pre-digital dance floor in spectacular style. Originally a Thames Arts commission, the 50ft structure was designed by Block9 for ‘The Tree of Light’, a series of large-scale outdoor theatre performances and part of the London 2012 Cultural Olympiad.Glastonbury Festival is the largest greenfield festival in the world, and is now attended by around 175,000 people. It's a five-day music festival that takes place near Pilton, Somerset, England. In addition to contemporary music, the festival hosts dance, comedy, theatre, circus, cabaret, and other arts. It is organised by Michael Eavis on his own land, Worthy Farm in Pilton. Leading pop and rock artists have headlined, alongside thousands of others appearing on smaller stages and performance areas. 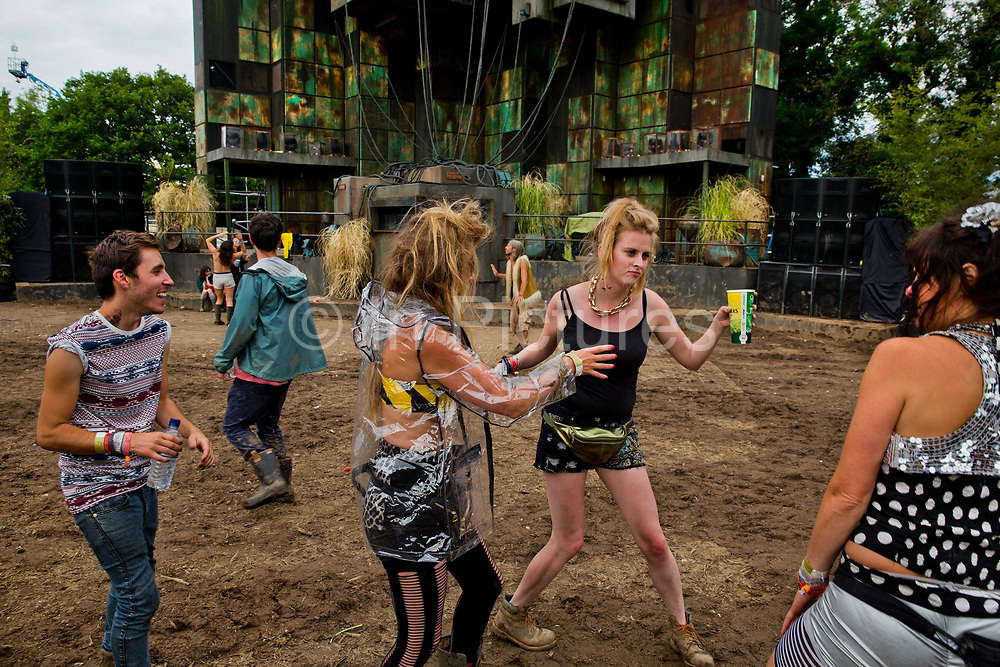