City of London (corporation) anti-butts litter campaign with burn holes from stubbed out cigarettes. The campaign encourages smokers to bin their butts and help clean up London's Square Mile. The City of London Corporation, in partnership with Keep Britain Tidy, launched the initiative aimed at reducing the number of cigarette butts littering the City’s streets. ‘It’s no small problem…’ is designed to illustrate to smokers that, although each cigarette butt is small, in total more than SIX MILLION BUTTS are dropped each year the City contributing significantly to the £3.8million bill to clean its streets every year. 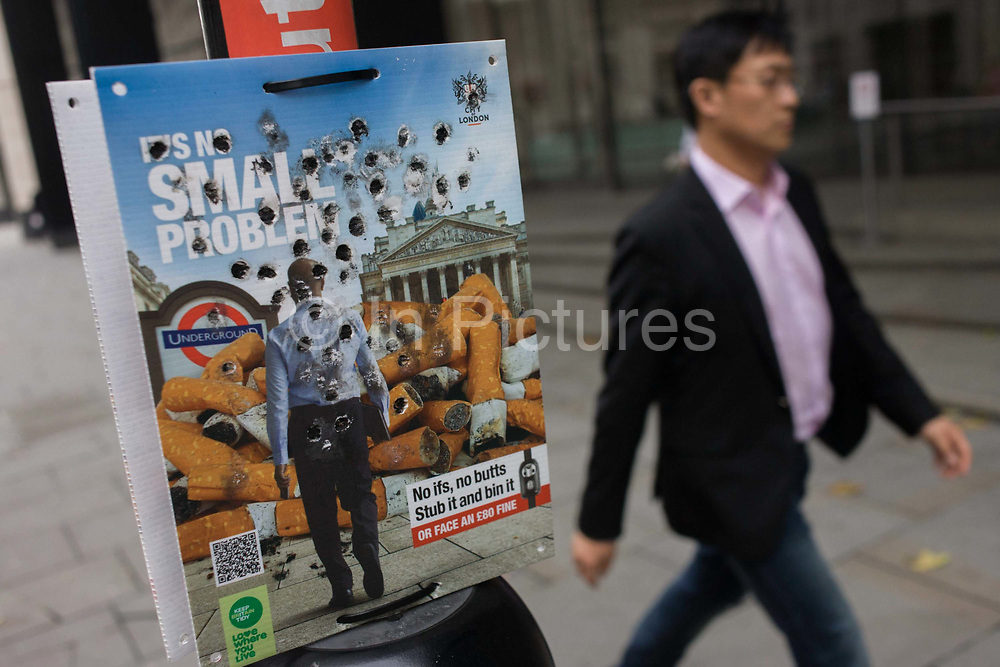