UK - Football - Players dressed in vintage clothing with The Ball 2010

The Ball has been described as football’s equivalent to the Olympic Torch. Every four years, The Ball kicks off from its “Mount Olympus”, Battersea Park in London, UK with players dressed in vintage clothing, where the very first game of modern rules football took place in 1864. The Ball celebrates this moment as the birth of modern football, because it gave rise to a common set of rules which enable the whole world to play together. The Ball’s destination is the Opening Ceremony of the FIFA World Cup. Here in 2010, the destination was South Africa. 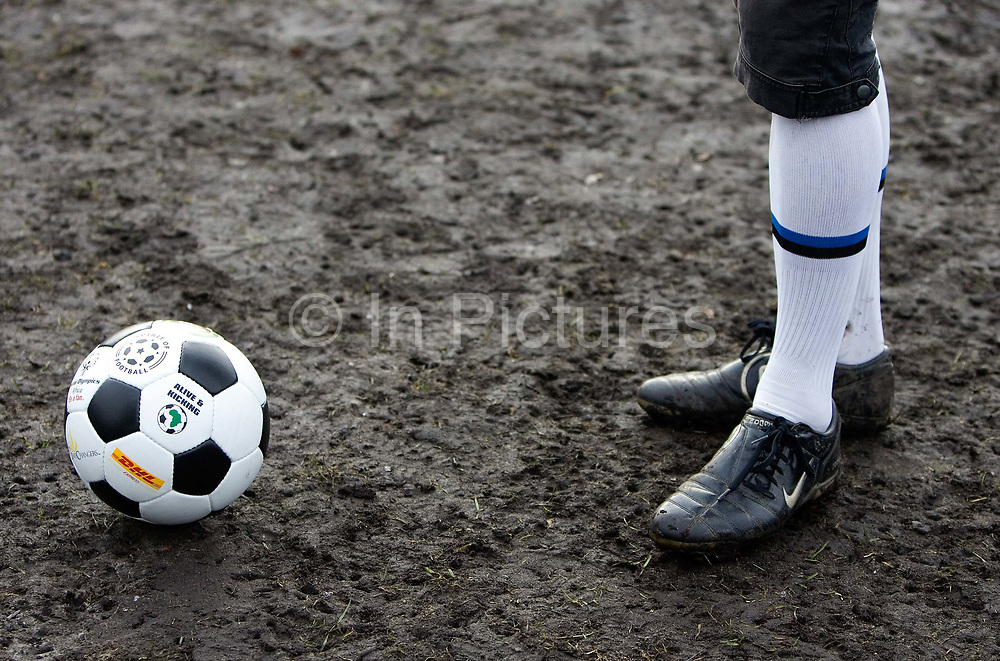