The unrecognisable driver of a number 38 red London bus which is passing between sunlight and shadow, gives a thumbs up signal to another road-user in the streets of Victoria. On the side of the vehicle's bodywork are the destinations the 38 route passes: Hackney, Dalston Junction, Angel, Piccadilly Circus and Victoria Station. The bus is a traditional design called a Routemaster which has been in service on the capital's roads since 1954 and is nowadays only seen on heritage routes. From any angle, the bus is easily recognisable as that classic British transport icon. 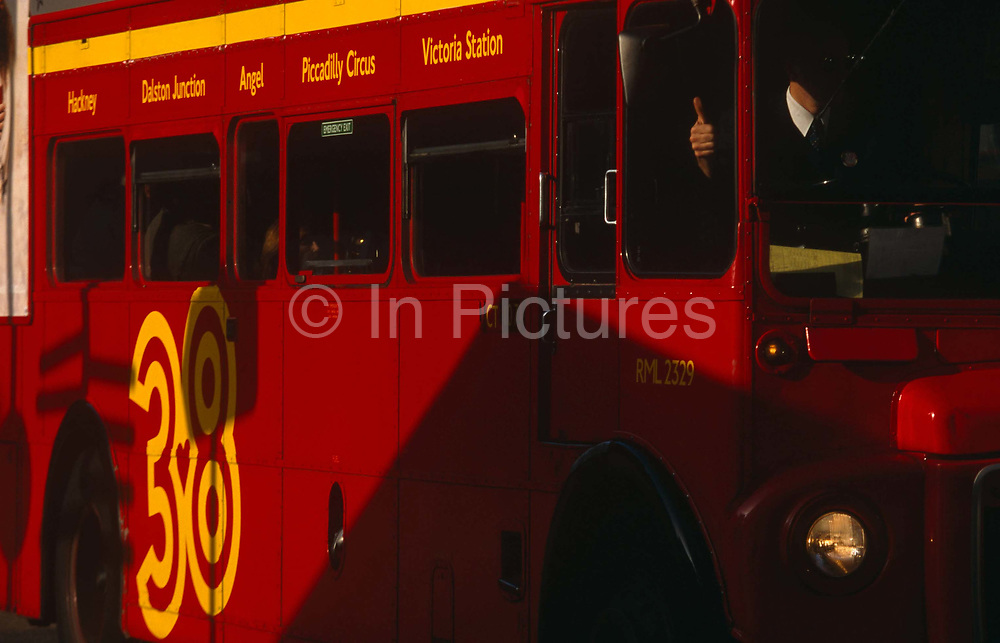