Alongside his SpaceShipTwo vehicle, Richard Branson holds model of satellite LauncherOne after Virgin Galactic space tourism presentation at the 2012 Farnborough Air Show. Virgin Galactic is a company within Richard Branson's Virgin Group which plans to provide sub-orbital spaceflights to space tourists, suborbital launches for space science missions and orbital launches of small satellites.Sir Richard Charles Nicholas Branson (b1950) is an English business magnate, best known for his Virgin Group of more than 400 companies. Branson is the 4th richest citizen of the United Kingdom, according to the Forbes 2011 list of billionaires, with an estimated net worth of US$4.2 billion. 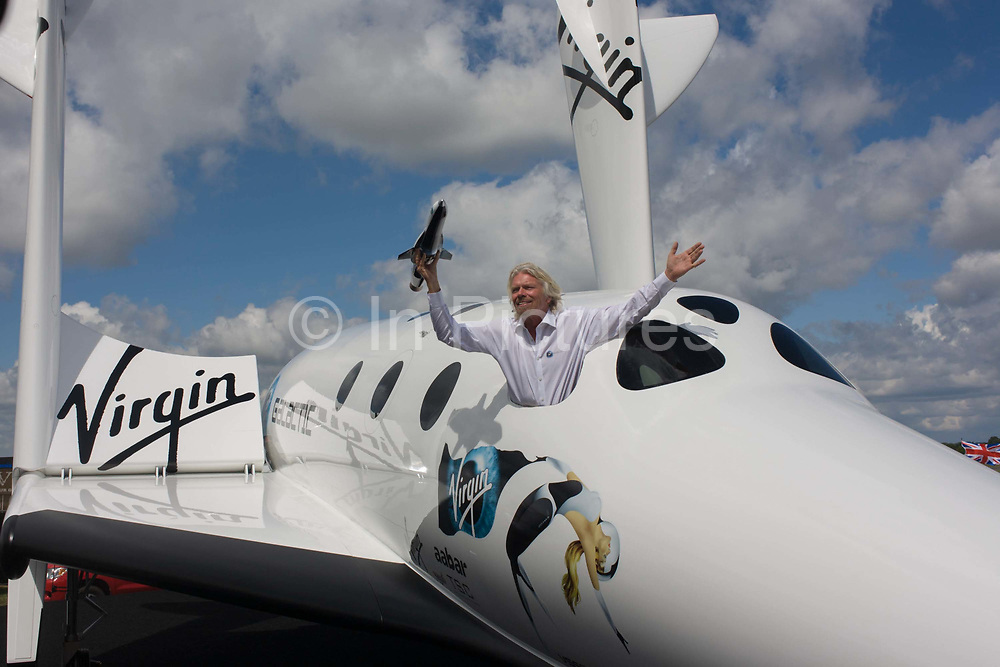