Activists scale the entrance to the Department For Work and Pensions, blocking it with people who were locked-on, on the 8th of February 2021, London, United Kingdom. The activists demanded to speak to the Health and Safety executive from the DWP to raise their concerns about the treatment of the activists in Euston Gardens who are currently underground in a tunnel in Euston Gardens, outside Euston Station to stop the building works related to the high speed train project HS2. The activists are concerned about the way the bailiffs and the National Eviction. The activists stopped their protest not to hold up ambulances which were called in by police for their safety. One activist was detained but soon after released and no arrest were made. All were given and accepted fines for breaching Covid-19 rules. The peaceful direct action included dirt brought from the tunnel in Euston Garden, people locked on, a pretend security guard and pretend Health and Safety Executive. 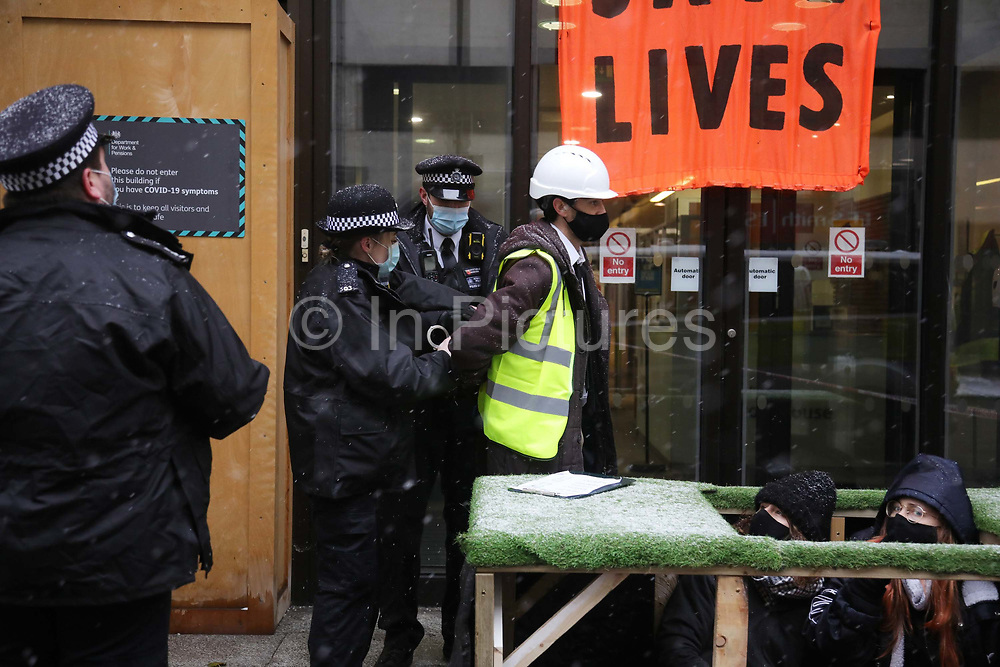