A theatrical joke about bureaucracy between French and British comedians at an event to mark the opening of the Channel Tunnel produces this quirky scene where each country's officials are seated at a long table, dressed in British flags, to symbolise the controls on human traffic that will soon pass through the tunnel beneath the sea between England and France, the first physical link between these two land masses since the Ice Age. Wearing smart uniforms, French immigration police and Gendarmes sit among British customs and immigration officials who, rather comically wear yellow hard hats because Health and Safety laws make the wearing of protective headgear compulsory on construction sites. A frontier control point notice stands for the benefit of viewers who might otherwise be guessing what is going on. 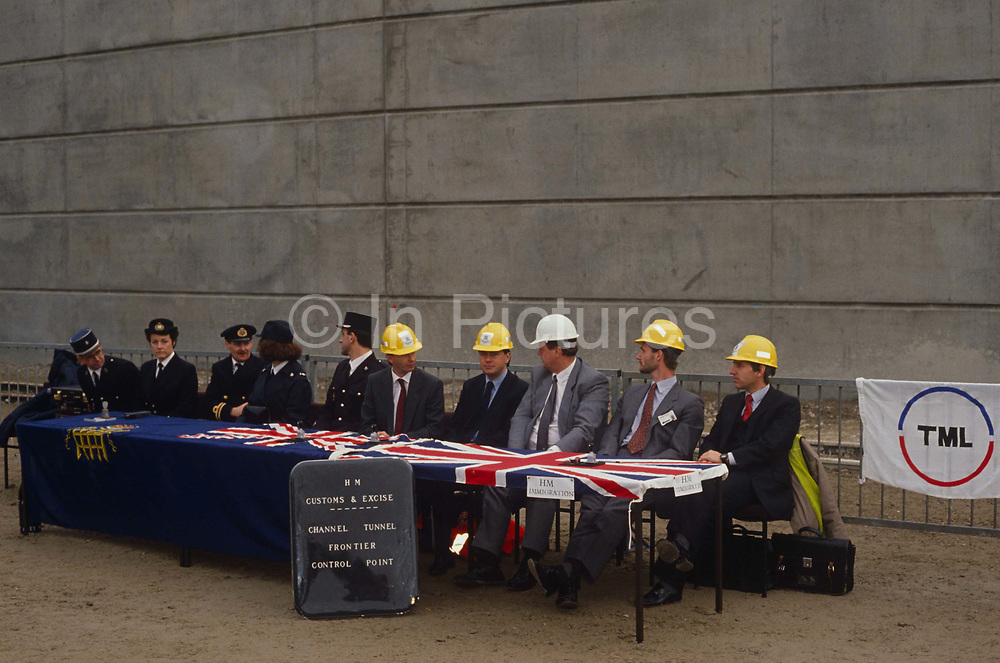