A young girl in transit between India and the US, entertains herself by throwing her pet toy tiger as far as the ceiling in a departure window of Heathrow Airport's Terminal 5. In front of a Boeing 777 jet airliner's nose and cockpit, the girl is a silhouette against the large windows that allow in the natural light. Behind the parked aircraft, another British Airways passenger jet taxies past, its tail at right-angles to the stationary airplane although they both look like the same plane. With her family baggage next to her, the child is enjoying some hours of freedom before another long-haul flight westwards. From writer Alain de Botton's book project "A Week at the Airport: A Heathrow Diary" (2009). 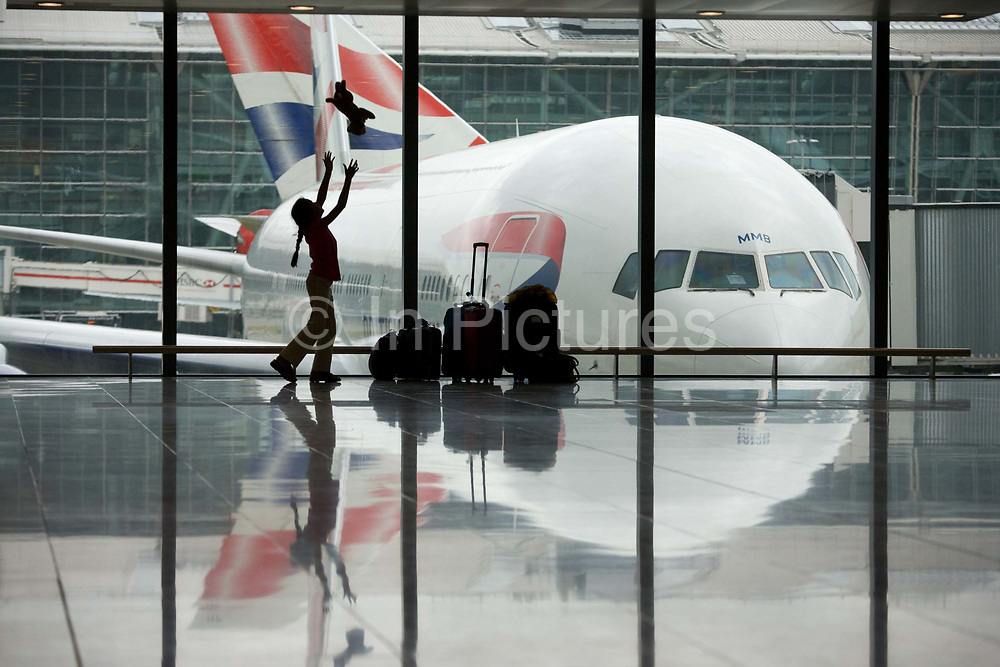