Climate activists from Extinction Rebellion attend a protest against the expansion of Stansted Airport on 29 August 2020 in Bishops Stortford, United Kingdom. The activists are calling on Manchester Airports Group to withdraw their appeal, for which planning permission was previously refused by Uttlesford District Council, to be able to expand Stansted Airport from a maximum of 35 million to 43 million passengers a year, as well as calling on the Government to halt all airport expansion in order to maintain its commitments under the Paris Agreement. 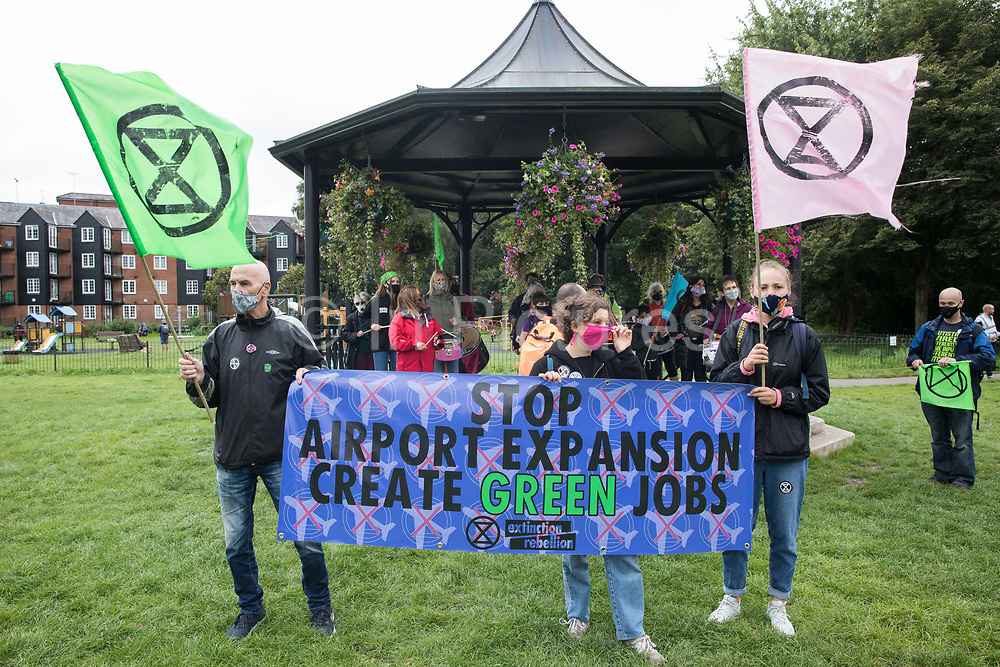