UK - Scotland - Shinty played in Kingussie in the Scottish Highland

Kingussie (in red and blue) versus Kinlochshiel. An Orion Group Premiership league game. 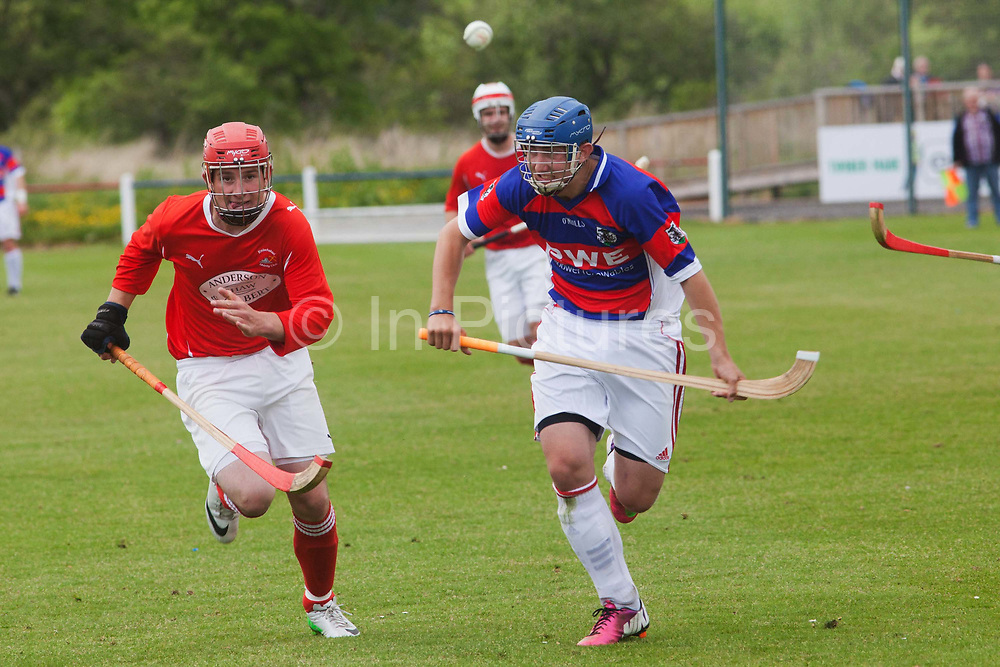