A red warning flag flies on the perimeter during military live firing at Otterburn Ranges, on 28th September 2017, in Otterburn, Northumberland, England. Twenty-three per cent of Northumberland National Park is owned by the Ministry of Defence and used as a military training area though they encourage as much access to the area as possible. Sometimes areas are cordoned off from the public for military exercises. Visitors are welcome outside of live firing times if no red flags are displayed. When military exercises are happening, red flags around the boundaries indicate restricted access. Visitors are told not to pick up, kick or remove any object and not to stray off the public rights of way or tarmac roads. 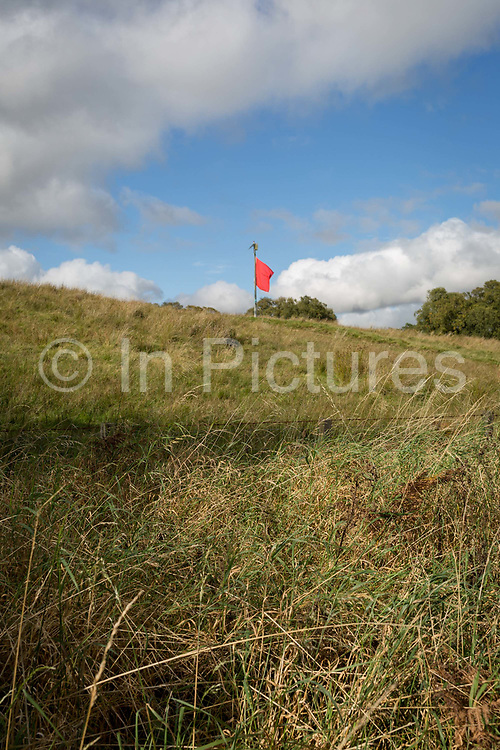