The pyramid memorial, built in 1837, called in the old days the sugar loaf, 25th May, 2008, Highgate Cemetery, London, United Kingdom. Many of the symbols, even in the High Anglican Section, have pagan origins, such as this Egyptian pyramid. The cemetery in its original form the older, Western part was consecrated by the Bishop of London on 20th May 1839. It was part of an initiative to provide seven large, modern cemeteries to ring the city of London. The inner-city cemeteries, mostly the graveyards of individual churches, had long been unable to cope with the number of burials and were seen as a health hazard and an undignified way to treat the dead. 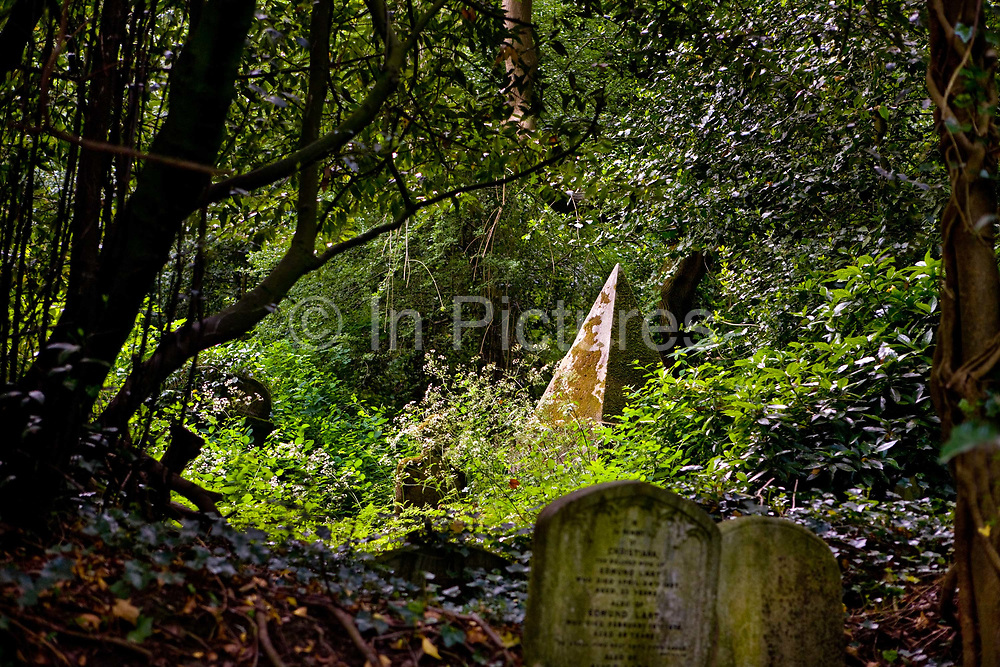