A row or Royal Artillery horsemen during the annual Trooping of the Colour parade in the Mall. With swords drawn, the row of fine horse mounted soldiers parade along the Mall towards the parade ground at Horseguards. The Royal Regiment of Artillery, commonly referred to as the Royal Artillery (RA), is the artillery arm of the British Army. Despite its name, it comprises a number of regiments. The introduction of artillery into the English Army came as early as the Battle of Crécy in 1346 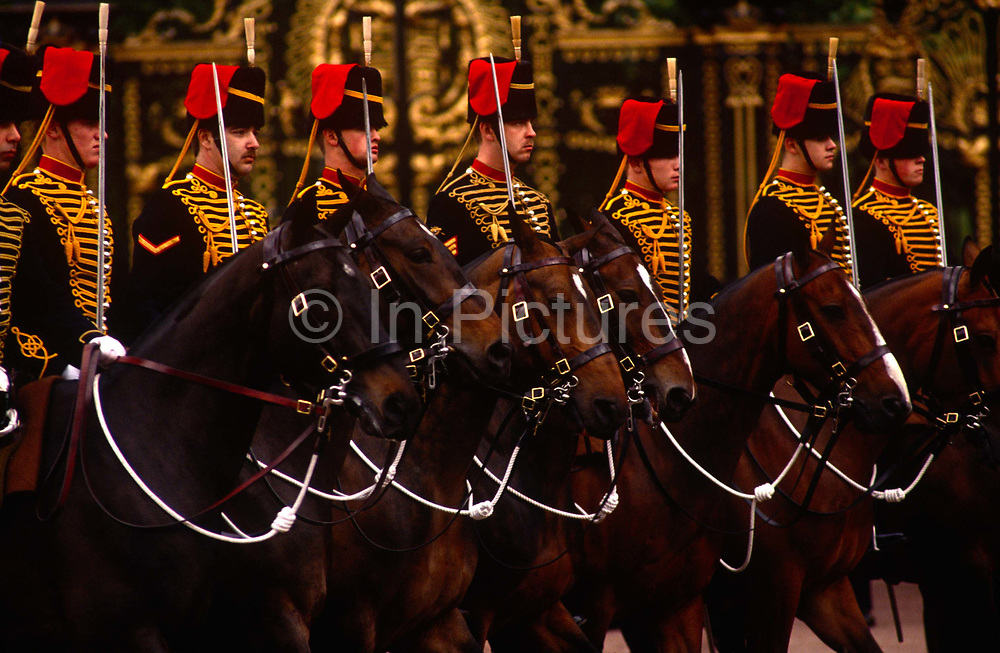