Young people with the Royal Air Force's Air Training Corps (ATC) parade wearing poppies during the annual Lord Mayor's Show. The Air Training Corps (ATC), commonly known as the Air Cadets, is a cadet organisation based in the United Kingdom. It is a voluntary youth group which is part of the Air Cadet Organisation (ACO) and the Royal Air Force (RAF). The ATC has around 35,000 cadets, aged between 13 to 21 years, within 1009 Squadrons. Its cadets are supported by a network of around 10,000 volunteer staff and around 5,000 civilian committee members. 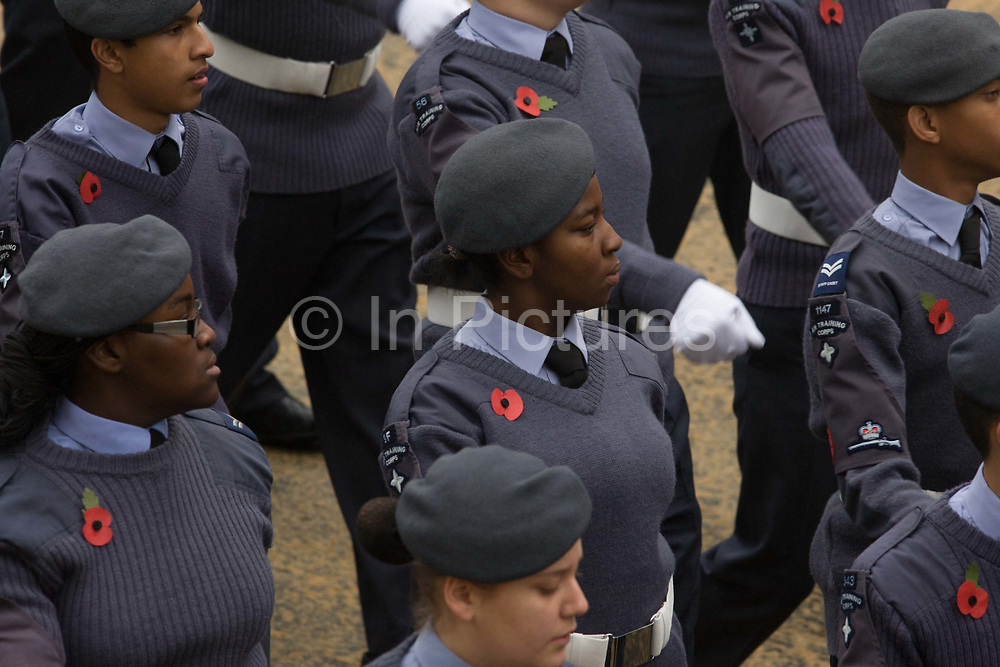