Bourton on the Water In The Cotswolds

Dog enjoying the cool water at Bourton on the Water in The Cotswolds, United Kingdom. Bourton-on-the-Water is known for its picturesque High Street, flanked by long wide greens and the River Windrush that runs through them. The river is crossed by several low, arched stone bridges. These arched bridges have led to Bourton-on-the-Water being called the ‘Venice of the Cotswolds’. Bourton-on-the-Water often has more visitors than residents during peak times of the tourist season. The Cotswolds is an area in south central England. The area is defined by the bedrock of limestone that is quarried for the golden coloured Cotswold stone. It contains unique features derived from the use of this mineral; the predominantly rural landscape contains stone-built villages and historical towns. 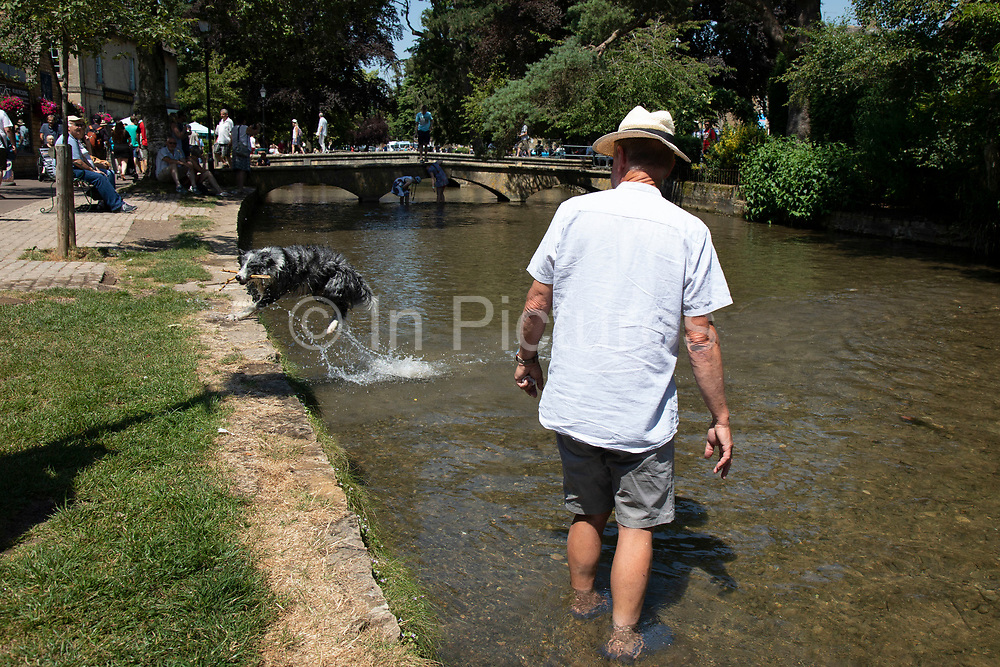