Greece - Tinos - Pilgrimage to the shrine of Panayia Evangelistria

A procession of priests and bishops. Tinos, Greece. The complex is built around a miraculous icon which according to tradition was found after the Virgin appeared to the nun St. Pelagia and revealed to her the place where the icon was buried. The icon is widely believed to be the source of numerous miracles. The icon was found on the very first days after the creation of the modern Greek State, henceforth Our Lady of Tinos was declared the patron saint of the Greek nation. The church is officially dedicated to the Annunciation of the Virgin Mary. The major feast of the church, however, is on 15 August when the Dormition of the Virgin Mary (Theotokos) is commemorated by the Greek Orthodox Church 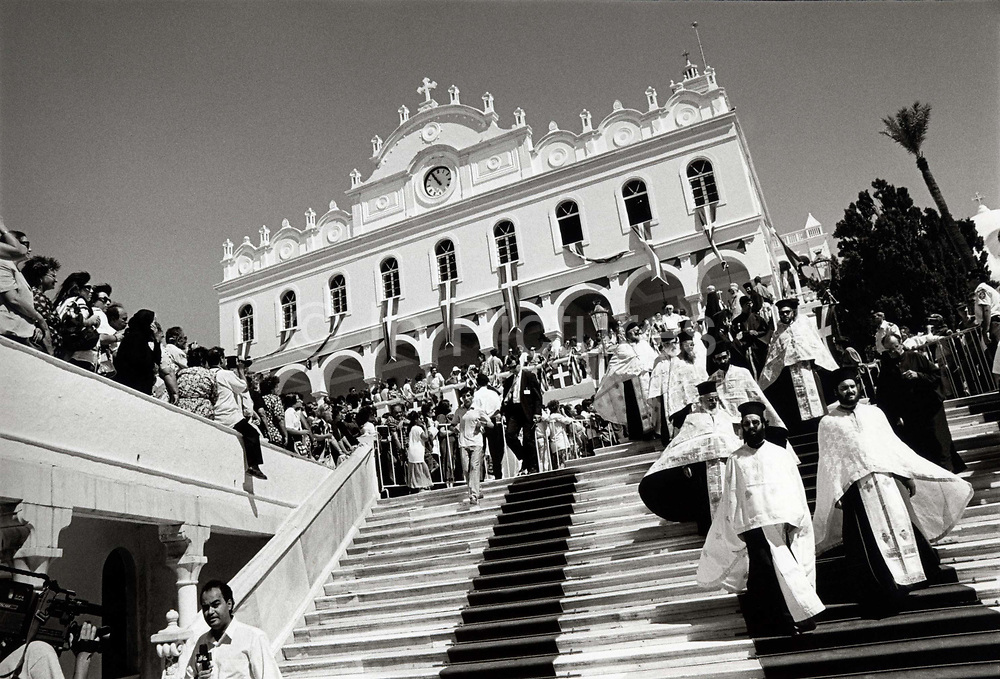