Kill the Bill protesters from across Kent gathered on the Leas in Folkestone with homemade placards and banners to oppose the new Police, Crime, Sentencing and Courts Bill on 3rd of April 2021 in Folkestone, United Kingdom. Demonstrations have been held all over the UK against the The Police, Crime, Sentencing and Courts Bill, whose legislation, which covers a broad range of issues, would give police more powers in controlling non-violent or static protests and imposing a set of new rules for police to deploy. Protesters see the bill as a disproportionate controls on freedom of expression and their right to protest peacefully. 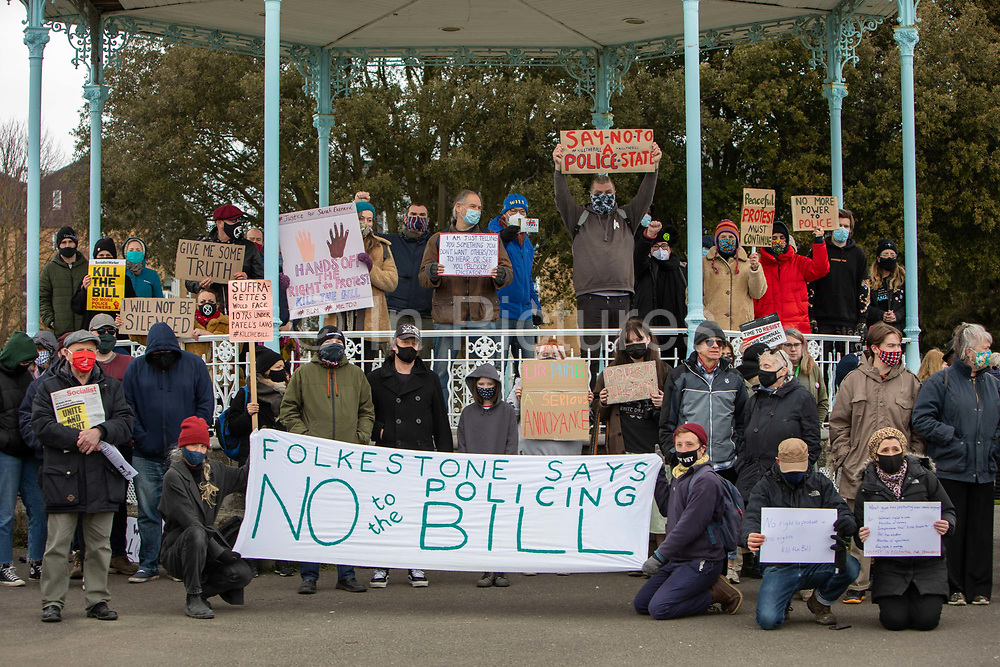