As a flotilla of fishing vessels on the River Thames arrive outside the Houses of Parliament, protesters gather to cheer them on as part of the Vote Leave Campaign, to make the case for Brexit in the EU Referendum on June 15th in London, United Kingdom. The flotilla was organised by Scottish skippers as part of the Fishing for Leave campaign which is against European regulation of the fishing industry, and the CFP (Common Fisheries Policy). Between 30 and 35 trawlers travelled up the Thames, through Tower Bridge and moored in the Pool of London. (photo by Mike Kemp/In Pictures via Getty Images) 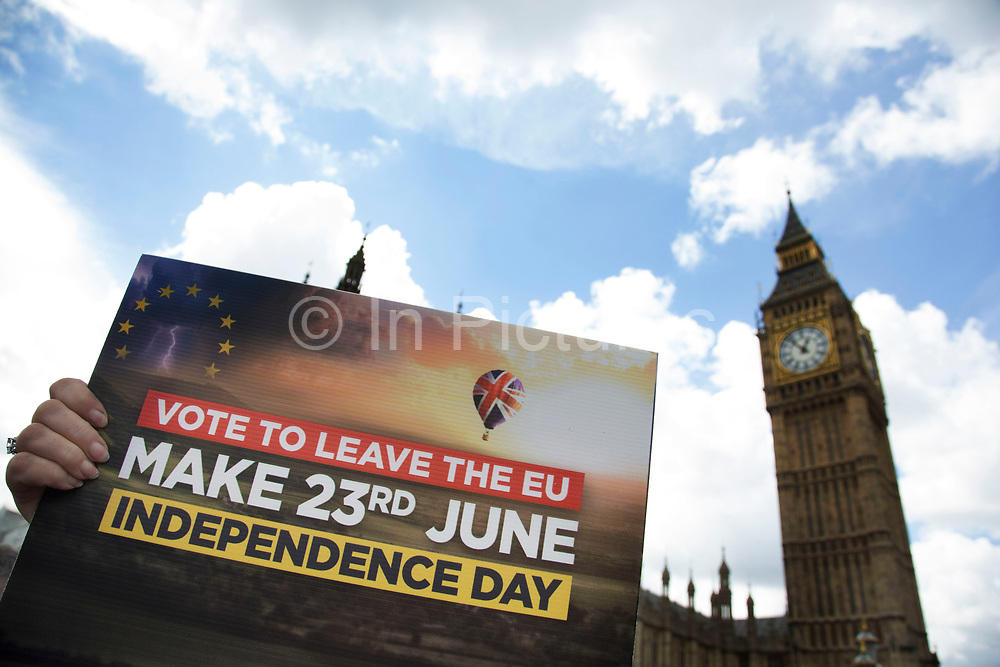